Checking in with the Little Free Library

December 06, 2013
A little over a year ago I wrote about the Little Free Library that lives on my street. Three more have recently sprouted up in my area. The project, started by Todd Bol in memory of his schoolteacher mom, is now in its third year. I'll reiterate: the goal is to promote the installation of 2,510 libraries, which would be more libraries than Andrew Carnegie endowed. Since I checked in with the website, they have added some new libraries you can buy, including a lovely Book Garden that features a combo planter box and library and a Little Red British Phone Booth. According to Wikipedia, "As of February 2013 there were between 5,000-6,000 Little Free Libraries worldwide." The LFL website estimates that by January of 2014 over 10,000 exist and more will have been built.

Here are the new four in Albany, CA. 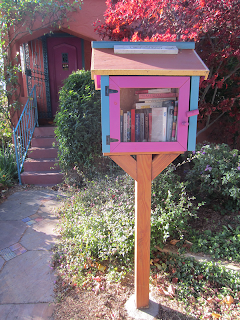 On Curtis, just north of Solano,
and painted to match the house. 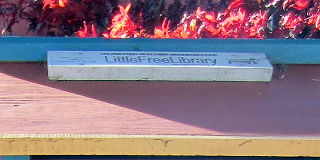 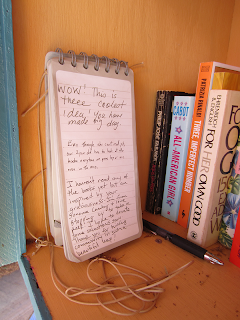 Inside, the note says:
WOW! This is the coolest idea! You just made my day 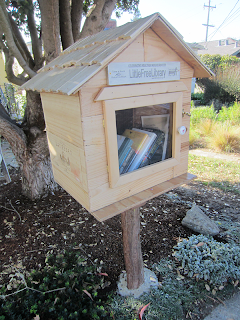 On Sonoma, near Marin school, around Ordway. 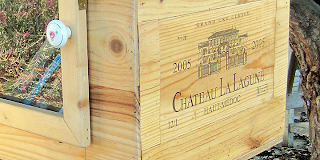 You can see it is made out of,
or at least incorporates, recycled wine crates.
The little porcelain knob has a rose painted on it. 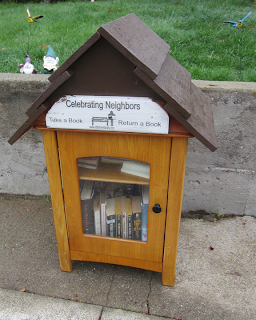 On the sidewalk on Peralta, between Washington and Portland.
Garden gnomes for company! 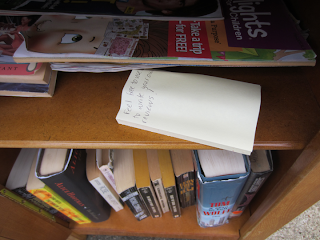 Inside is a batch of sticky notes with the header,
Feel free to use these to write your own reviews! 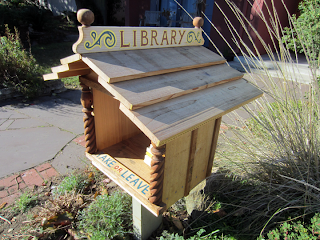 This one is also on Peralta Avenue, south of Marin.
I'm told an architect lives here.
It doesn't have the sign on it, so I suspect it is
an independent library.
It has no door to protect the books from the weather. 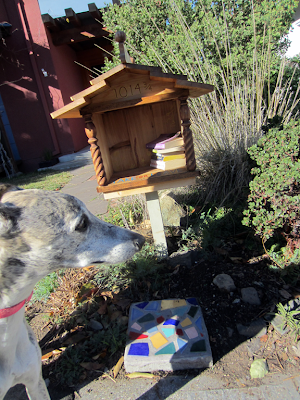 Does my friend's Whippet read?
I forgot to ask.

Valorie Grace Hallinan said…
Thanks so much for sharing these, I love Little Free Libraries.
December 7, 2013 at 6:40 AM

Lucia Sasaki said…
Hi Alisa, thanks for updating!
I remember when I started to follow your bog I read another post about this kind of library and I am happy that this idea prospered.
Thanks so much for your interest in this so precious issue.

nicole said…
Oh wow! This is so useful! I only knew about the one on Curtis but was wondering about others. I checked out your book from the Alameda Library, and was surprised to find out you were from this area.. and now I have the best little free library insider info ; )
December 15, 2013 at 8:58 PM