January 05, 2015
On my winter vacation, I am back in the studio, sewing, setting type and printing, cutting and folding, working with the fishbone fold, but also writing and reading. Several of my poems and stories were published by someone else in 2014, and I wanted to mention the interesting literary magazines that published them.

An online digital scrolling story was just published in Diagram Magazine, 14.6. In 2011, as I worked in my studio and listened to the radio, I began writing down the items that were announced as blocking lanes of traffic on the local freeways. In 2014, I built the list into a timeline, and wrote a tiny story to go with it, making it the piece you would see if you look here. Diagram is a quirky online magazine that likes lists, obscure diagrams, and a human connection to both.

My first poem in a series of 26 alphabetical erasure poems called "(de)fine (poe)try: from act to zephyr," which is adapted from dictionary definitions, was published by the Journal of Compressed Creative Arts December 3; one poem will be featured each week on Wednesdays through May, 2015, I believe. This journal is interested in short forms of writing that are densely layered; they include an unusual category called "triptychs" that employs a tiny story flanked by definitions.

I was pleased to learn that my poem "Woodshop Encounter," which was published in Up the Staircase Quarterly #27, was nominated for a Pushcart Prize. This is a poetry magazine only, easy to read and nice to look at, edited with heart.

And a curious concept in Paper Nautilus, where they published three of my tiny poems in the "Aphorisms" section. They are not aphorisms, per se, that is just the category. In the print journal, they have printed my poems (and six others' ) on one side, a bio on the other, with dotted lines all around. It comes with the editor's directions: "1. Cut on dotted line. 2. Leave on empty train seats, tucked in library books, in a bin of apples at the grocery store, or anywhere else someone might find and enjoy them." Pocket poems, I think!

A full list of links to my published creative writing is here.

Sometimes I stitch words together, sometimes cloth.
A quilt for a friend. 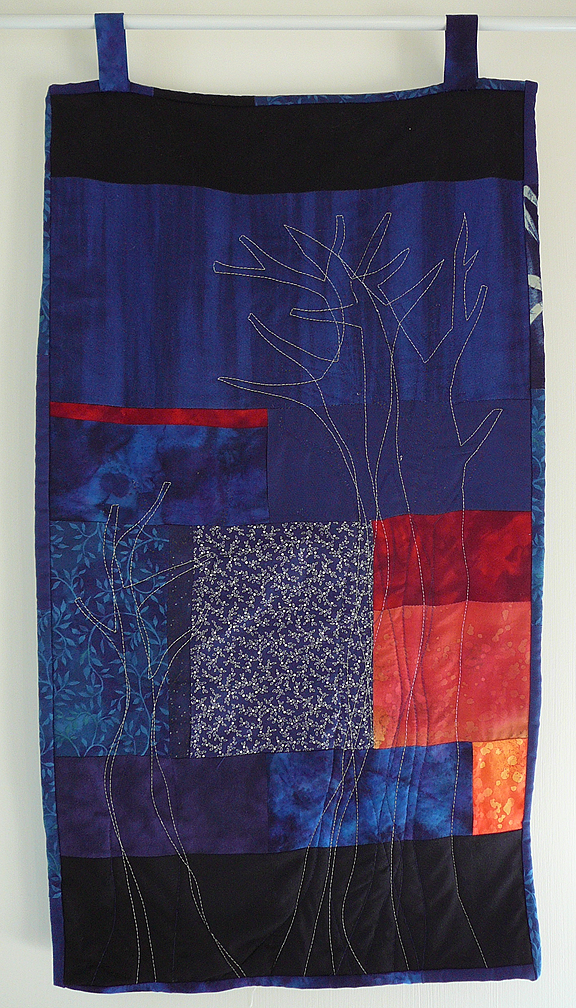 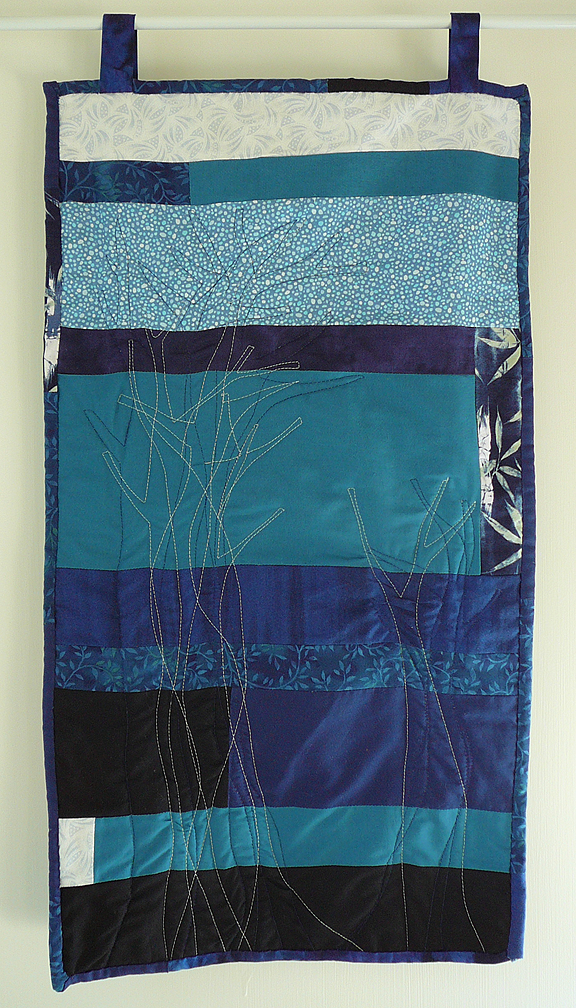 Onward! To the next chapter!