What We Make: Artifact

January 30, 2015
ar-ti-fact n. 1. An object produced or shaped by human crafts,
especially a tool, weapon, or ornament of archaeological or historical
interest. 2. Something viewed as a product of human conception
or agency rather than an inherent element. 3. A structure or
feature not normally present but visible as a result of an external
agent or action, such as one seen in a microscopic specimen after
fixation, or in an image produced by radiology or
electrocardiography. 4. An inaccurate observation, effect, or result,
especially one resulting from the technology used in scientific
investigation or from experimental error: The apparent pattern
in the data was an artifact of the collection method.

The American Heritage Dictionary of the English Language, fourth edition: from the definition of “artifact.” Presented in the order the words appear. 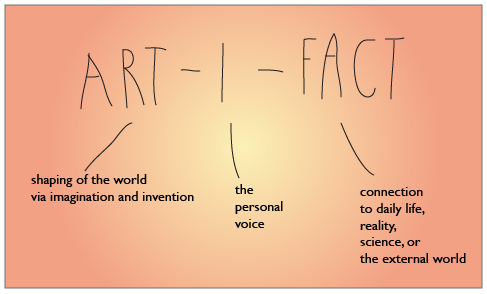