Book for a Book: A Trade with Artist Islam Aly

April 20, 2015
As prices have risen in the book art world, I've found that I've stopped thinking about trading books. This means most of my collection, the one I show students, is from the 1990s, although now, because of the Codex book fair, it's been getting updated. Recently, I was contacted by book artist Islam Aly, originally from Egypt who is studying and living in Iowa City. He wondered if I wanted to trade books with him. After looking over his books on the Vamp and Tramp website and on his website, I determined that yes, indeed, I did want to trade. In fact, he had been a 2015 exhibitor at Codex. 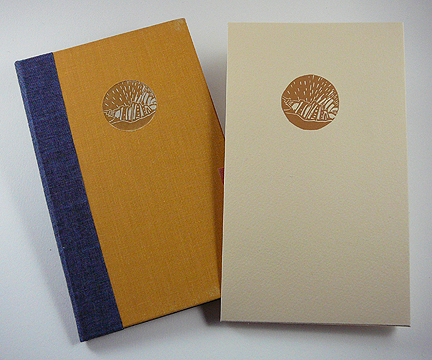 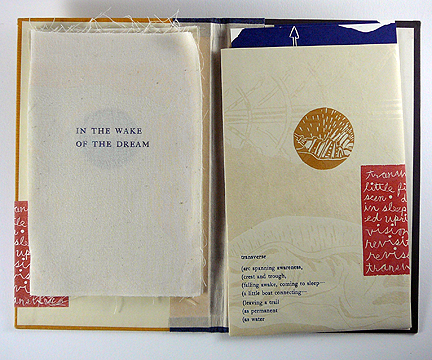 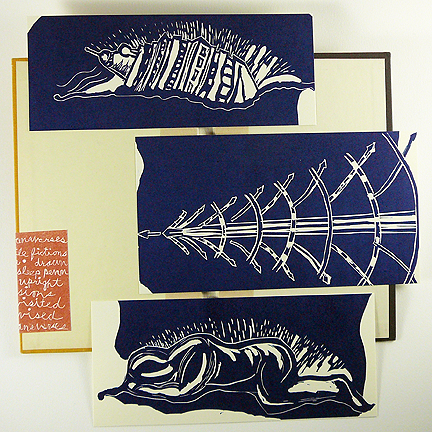 I chose Islam Aly's book, Crucial Perimeter I. He wrote: "there is no text or images in the folios. It's about the beauty of a specific style of Arabic calligraphy 'Thuluth Style' showing its distinctive shapes and characteristics, you can see them on the edges and embossed on the covers." Considered "powerful," this style is often used for titling and on buildings. The sculptural quality of this little book makes it like architecture itself, which connects the content and form even further.  Although it is a Coptic binding, it also has endbands. There's a nice online tutorial for making those here. They look terrific on Islam's book because it is so long. 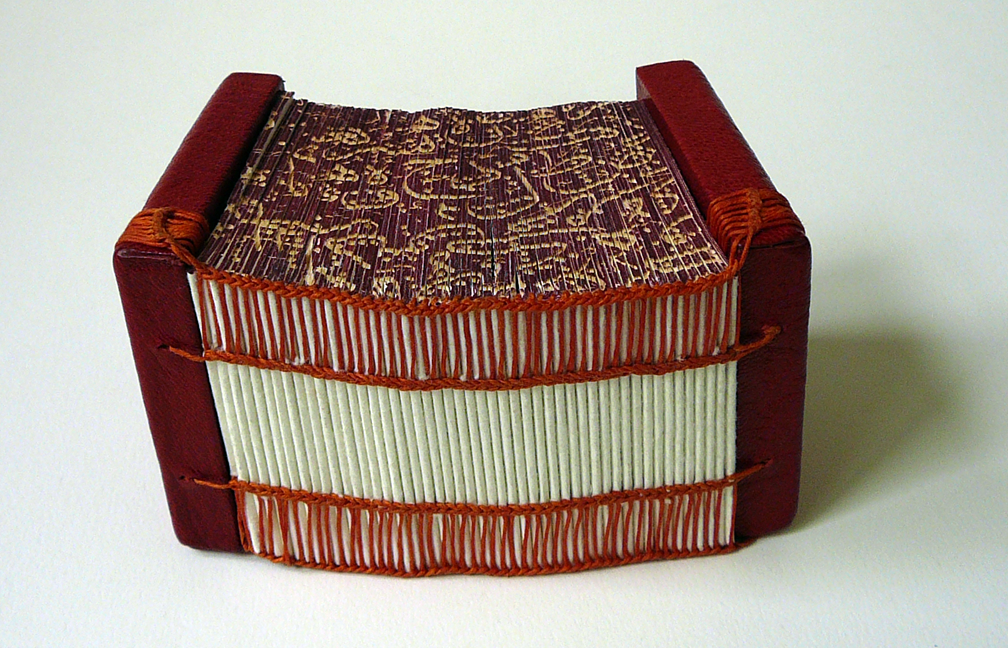 When closed, you can see the beautiful shapes on the head and fore edge; when opened, the designs disappear. The inner pages are blank. The book can only be understood when it is closed: the notion of having to open a book to read it is challenged. Yet, even closed, it doesn't make sense: the letters do not form words. The letters stand in for the concept of beauty. Or: the letters become beautiful images and the mistake is in trying to read them intellectually at all. Marks on a page aren't writing here, but art. 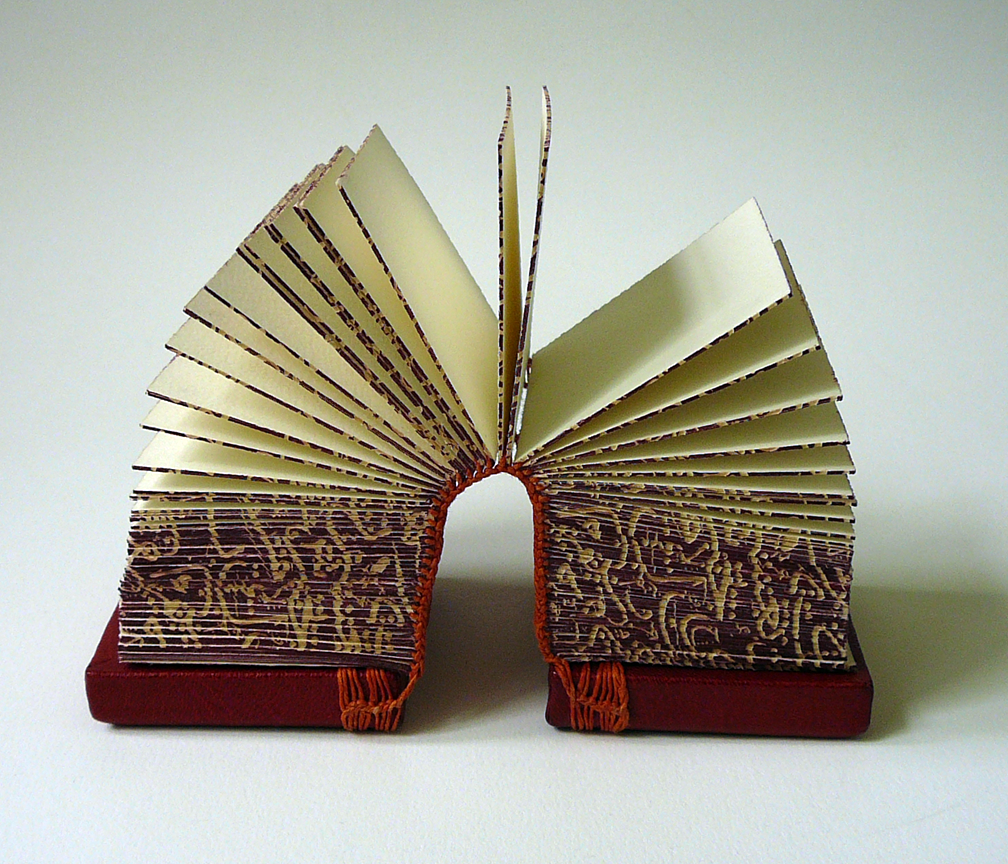 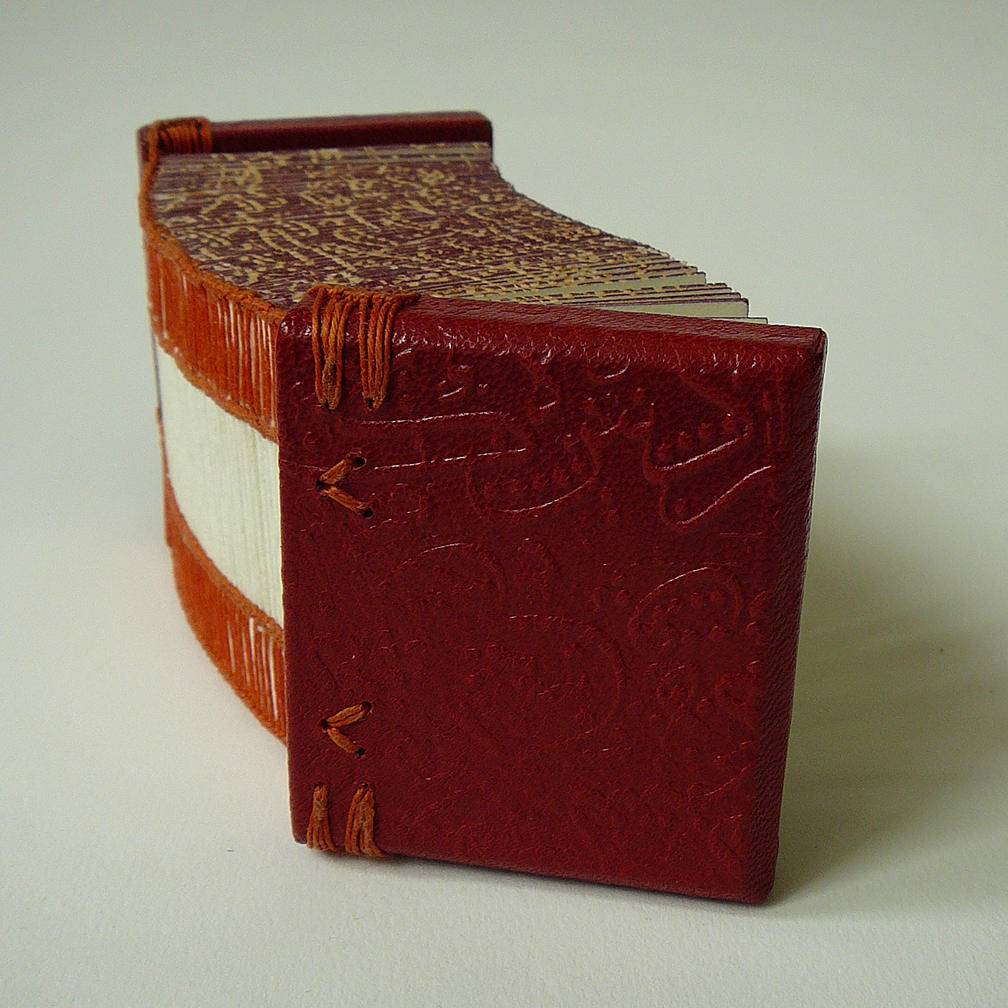 I am generally a word person. I like to read. But this is a book that celebrates letterforms without needing to be read, a celebration of beauty. 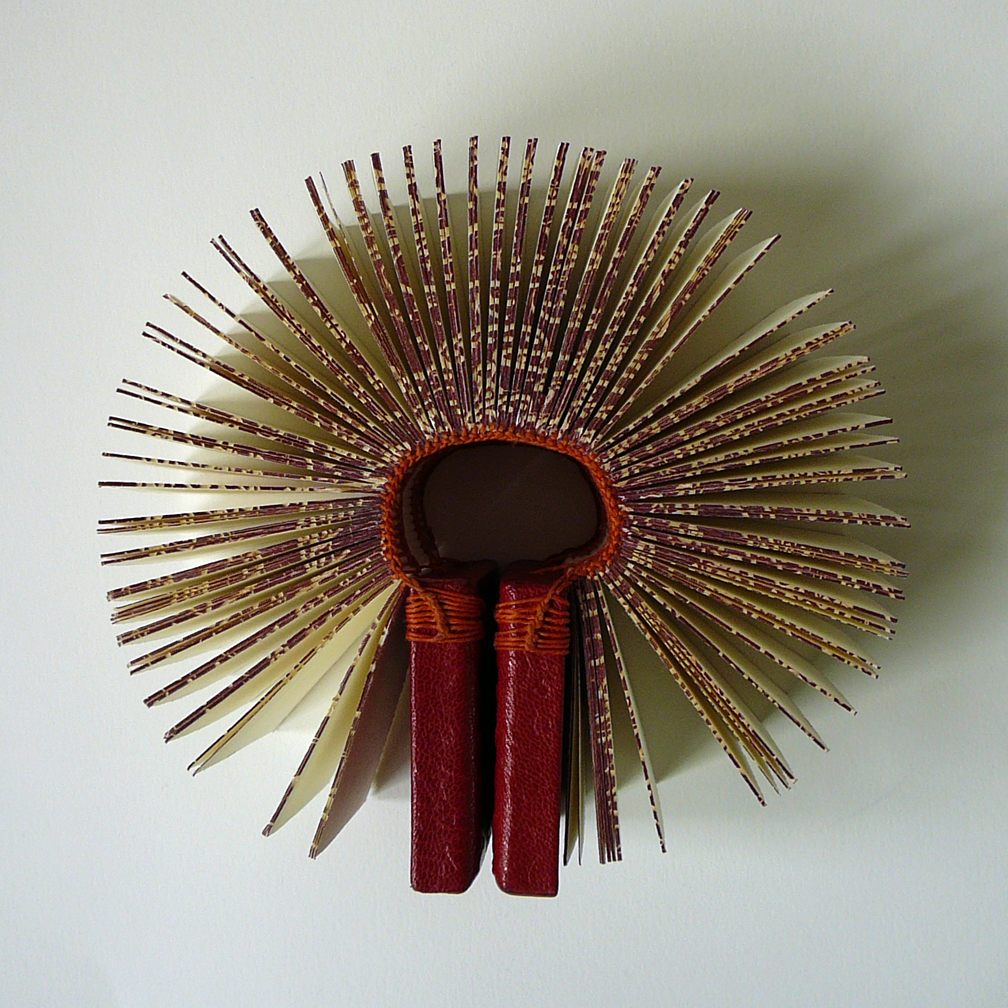 dinahmow said…
Beautiful work on a beautiful idea.We had a book (I was very, very young)at home with an illustrated fore-edge.I have no idea what the text was about, but I loved to look at the illustration and to see if I could still "read" the image when the book was opened.
April 21, 2015 at 12:35 PM

marthaslavin.blogspot.com said…
Hi Alisa,
I wanted you to know that I mentioned you in my blog post today. I've really appreciated using your book Making Handmade Books and wanted my readers to know about you and your work. Thanks! You can find me at
http://marthaslavin.blogspot.com/2015/04/letting-go-again.html
April 24, 2015 at 12:12 PM

Anonymous said…
Hi! This comment in your opening para has me curious, wondering if I understand: "As prices have risen in the book art world, I've found that I've stopped thinking about trading books." If you'd care to elaborate, I'd really love to understand the link between these two phenomena... I imagine it's obvious to many of your readers, but I don't think I know, what is it about the rising prices in the book art world, that reduces one's interest is trading? Thanks!!
April 25, 2015 at 6:38 AM