October 04, 2015
This little project is categorized in the file: "keeping myself sane in the midst of other obligations." A brief detour. All that is necessary is a carved linoleum block or wooden block with something carved into it, some velvet, and an iron.


I have no memory of where I learned this. Wikipedia says it is called "devoré" or  "burnout technique,"and the entry says it was done with caustic chemicals. Apparently it was popular in the 1920s, and revived in the 1990s, which is probably when I first encountered it. I don't think this version is toxic. Just watch out for the hot iron.

For an example, I chose one of the blocks used in my clownfish print. 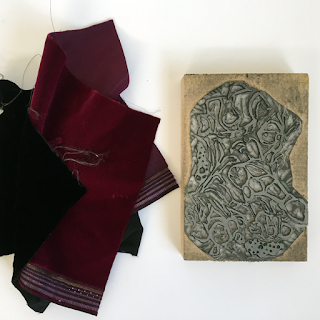 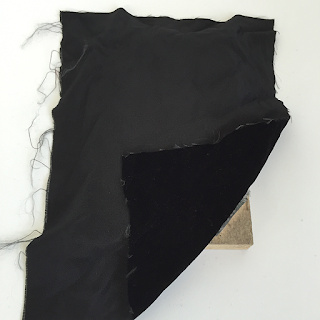 Place velvet right side down on the block. 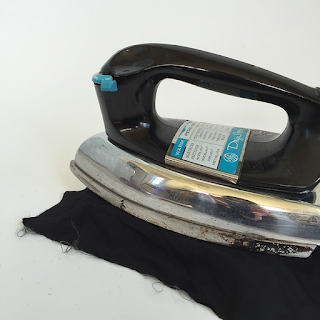 Preheat iron to the highest setting.
Place the iron on the velvet and count to 20.
Remove the iron. 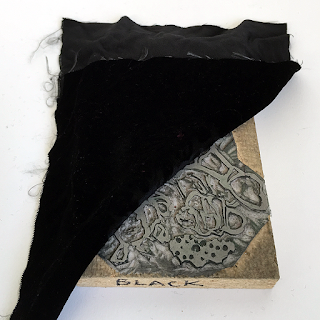 Remove the velvet from the block. 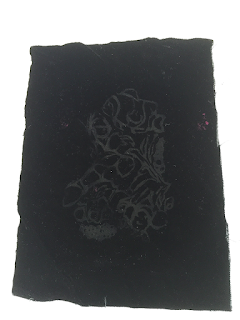 Wherever there was a raised area on the block,
the velvet was burned away. 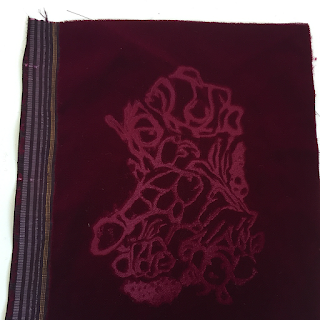 I tried it on burgundy colored velvet as well.
It's a bit easier to see in this photo. 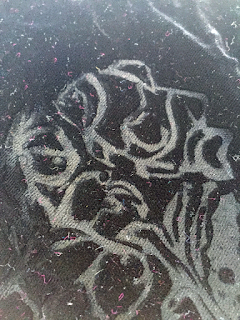 And an enhanced detail of the black "print."

After doing this I ended up back in my studio at the letterpress with a new project: printing linoleum blocks on cloth. Just keep swimming!

Hilke said…
That's interesting, thanks for sharing! As Becky commented: Now I need to go and check whether I have any velvet lying around somewhere...
October 8, 2015 at 2:47 AM