May 13, 2016
Some time the end of March, beginning of April, I cut up three pairs of pants. Some shapes were regular, some not. I liked the irregular ones better, and so the quilt grew. It grew on its own at first, but on one of my walks I realized I may have been subconsciously influenced by the work on the water lines up the hill. I couldn't avoid seeing them as I skirted about; my usual route was closed. I gradually noticed the patterns, then intentionally patterned my quilt after them. The black and green were leftover from this past year's previous quilts here and here and here. The white was mostly from scraps of a trimmed canvas dropcloth. 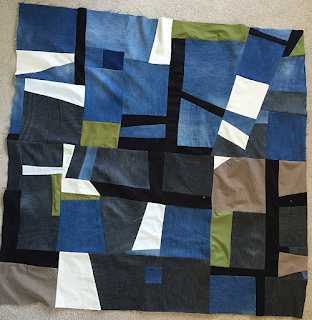 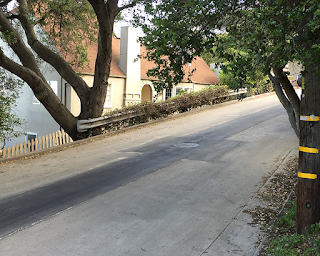 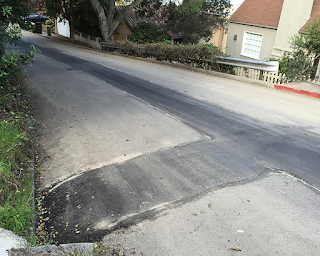 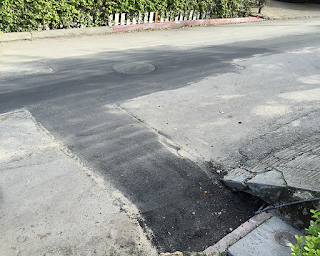 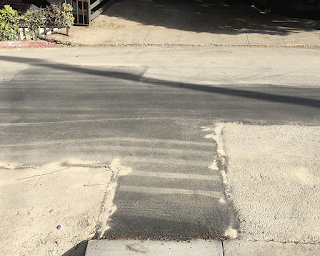 The finished quilt. The symbols I used for quilting were taken from orienteering control descriptions for river/stream/watercourse and pipeline. Orienteering is a sport in which participants must get through a course and locate specific places with a compass and a map.

The small, deep blue square near the upper left was from the inside of a pocket. 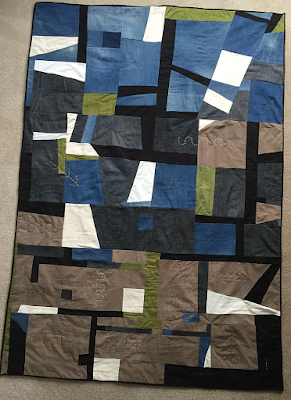 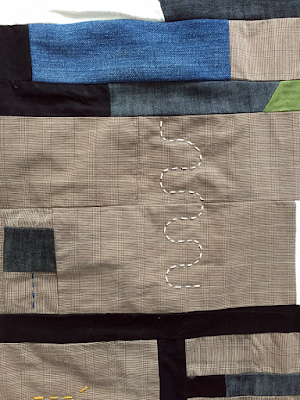 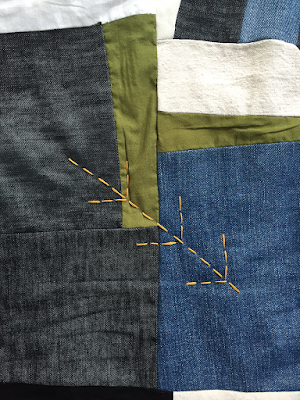 Denim is so beautiful in its many colors. 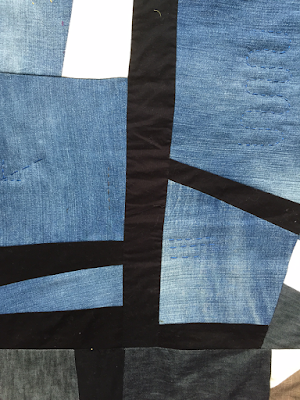 Next quilt will be from my wanderer's old jeans.
art craft creative process quilt textiles

Cara said…
I love how you've captured your local landscape with the various scraps and best of all, using the orienteering symbols! A different embroidery stitch to use - love it.
May 14, 2016 at 5:14 PM