February 06, 2017
When I arrived at the workshop, students were already sitting in a semi-circle around Amos. They would be printing a poster for TAP (Trans Assistance Project), and TAP had sent him an email with some ideas about the message. Amos discussed the philosophies behind each of the suggestions and had some of his own thoughts. He felt we share more than we have differences. "You have two arms, I have two arms," he said to one student. "We have our humanity in common." 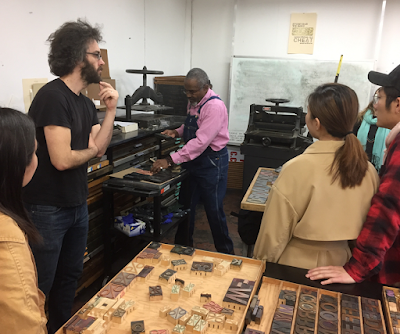 Wood type was spread out across the tables, Amos began picking out letters for the word "JUSTICE," and the maestro began. He spoke his thoughts as he moved from letter to letter, and I realized we were fortunate to be watching his process. 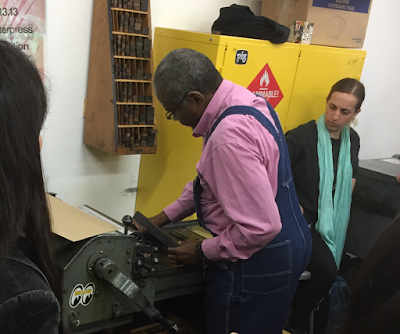 He arranged the type on a piece of the chipboard, then transferred it to the press. He said he had wooden boards in his shop that were the sizes of the paper he prints on so he can compose right on the wood. It was all hands on; no drawings, sketches, or notes. He locked up the form on the press bed, explaining every step. Can you print on an angle? You can, he said, "You can also open a Coke can with a banana." 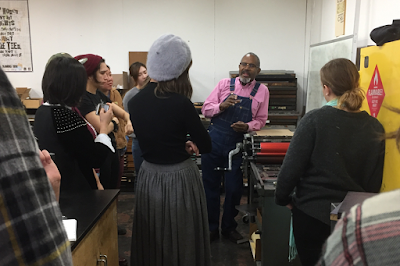 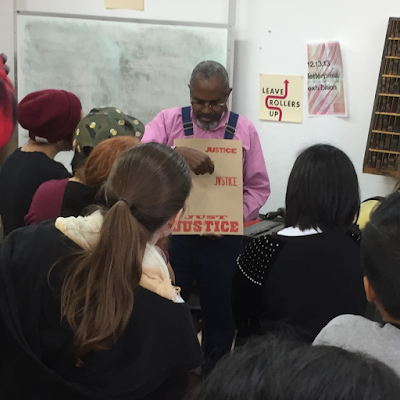 He pointed out that the letter U was added to the alphabet later, so he was interested in using a V in its place, like it was used historically. 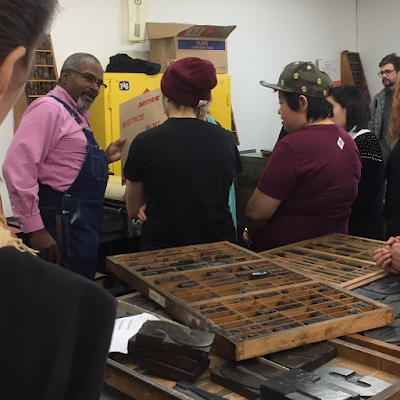 Students were assigned tasks. Once the press was inked with red, he asked those who had printed before to work with those who hadn't. A group cranked a batch of chipboard in red. Another group was to set 48 point type in metal. Another to set the URL of the organization. He set up the transparent white on the other Vandercook SP-15 and showed students how to hand ink type with a brayer and print on the sign press. Amos was the conductor of an amazing human symphony. 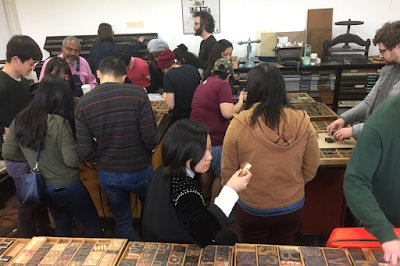 His intuitive way of working was more like the process of a painter: a little of this; larger over here; more color on this part. It's very satisfying to have all the presses inked up as available tools. It's a very physical process. Students began asking if there were other times they could come in and print.

I have never before seen the shop so energized and active. 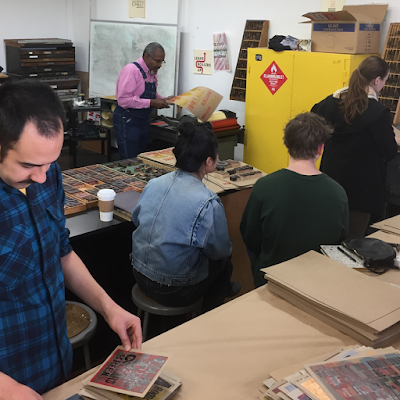 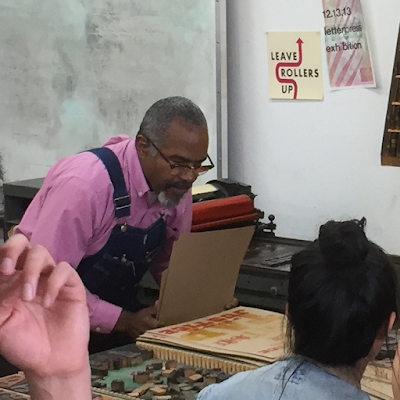 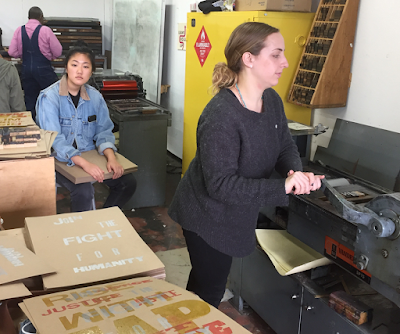 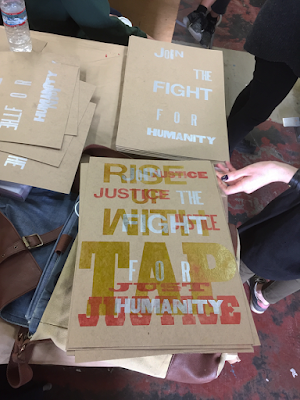 This was where I left things at 12:30pm. RISE UP WITH TAP | JUSTICE JUSTICE JUST JUSTICE | JOIN THE FIGHT FOR HUMANITY. The shop activity would go on until late afternoon.

Addendum 2/8/17: I was able to see more of the finished prints before they were delivered to the organization. 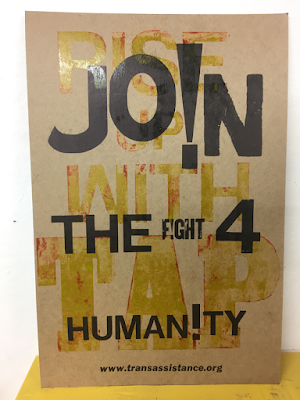 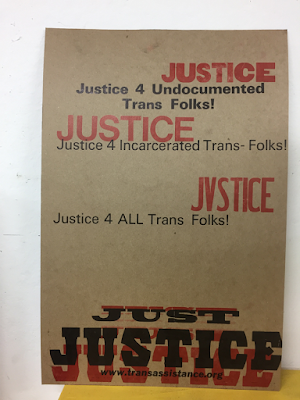 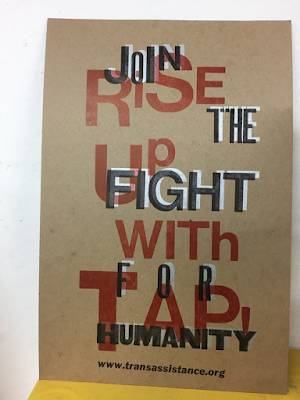