December 29, 2017
I probably could have tried a little harder to find sashiko needles locally, but I don't really like running errands, so I turned to the web. The big general store in the ether offers several varieties, lengths, makes, quantities, and I ended up choosing the Tulip Long Sashiko Needles Assorted Tube of 6, a little box with two each of three sizes: 66.7, 44.5 and 51.5 mm. I had no idea I was also buying mindfulness.

When it arrived, I was immediately taken with the packaging: a hand-sized, sage green, textured box with a peaked roof, red ribbon cord with tiny round label, cutouts for the attached ribbon, and a viewing area on the side so you can see the needles right away. The label is also printed so it can be perfectly aligned when affixed to the box. 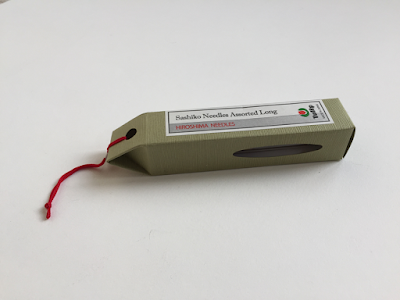 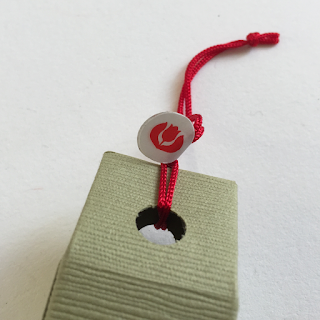 Not wanting to disturb the ribbon, I opened from the bottom. 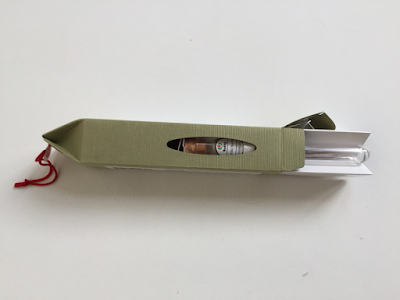 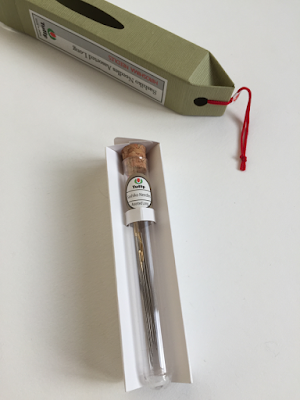 It contained a little clear plastic test tube with cork cap resting in a folded paper insert
and a pamphlet of information about the craft of needle making. "We have more than 30 processes to make sure that each of our needles is safe and high quality." 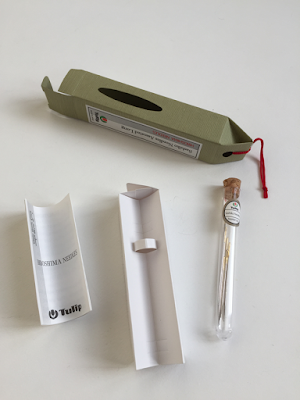 According to Tulip's website the needles were originally created more than 300 years ago to enable sewing "piecework for low-ranking samurai to support themselves."
A trade of sword for swordlet.

Speaking of low-ranking samurais, we recently saw a terrific film set in the mid-1800s, with both a thoughtful and emotional range and that was nominated for an Academy Award for Best Foreign Language Film in 2004: The Twilight Samurai. It also has an excellent female lead who questions social norms. A nice contrast all around as we think of sewing as stereotypically "women's work."

The pamphlet includes the suggestion, "We recommend wiping down the needle after use and storing it inside its case to maintain good performance."
Ah, like a sword. 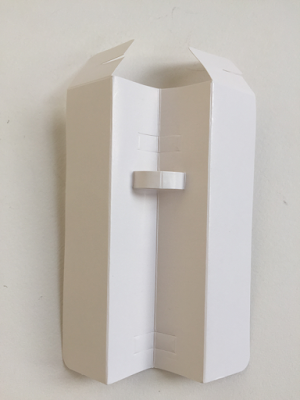 The insert has an elegant design with the potential for three pop-up holders.
Only one was used. 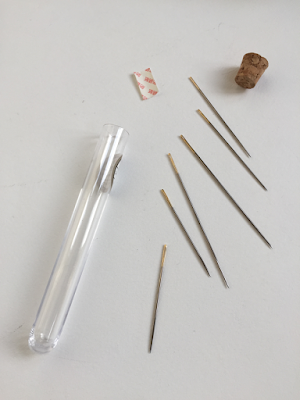 The needles are sleek, polished, and very sharp.
The pamphlet says: "Tulip was founded in Hiroshima, a region known for its needle making, in 1948 and ever since then, we have always carried out our business based on the principle of 'Quality First.'"
I paused as I thought about what Hiroshima might have be like in 1948. 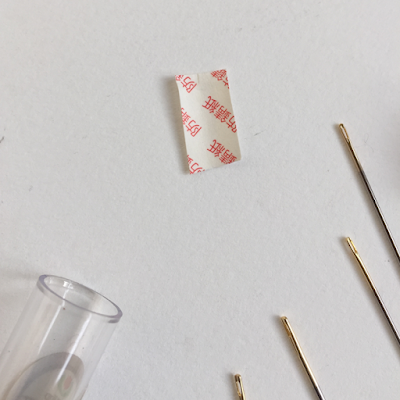 I'm assuming this is an "inspected by" label. If you can read it, please leave a comment! 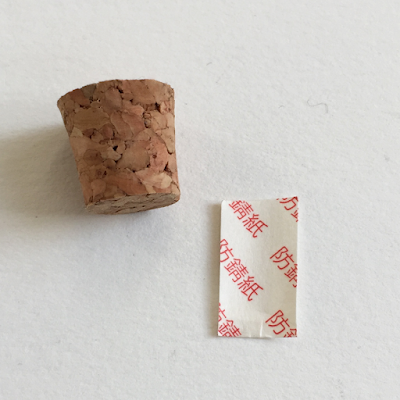 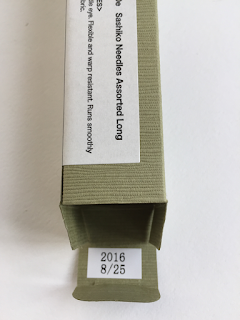 The packaging is the frame, a clue, a first impression, like the cover of a book. It situates the viewer and starts a mental process, conjuring a feeling. Every tiny piece of it had been carefully thought out and designed, materials chosen with care. The packaging set the stage of wonder for me, and that wonder continued. As I threaded one of the needles with a strand of embroidery thread, I found I was paying close attention to the feel of the silky smooth needle. Stitch after stitch, my fingers were still aware of the smoothness, and I started feeling both calm and delighted. From the needle outward, the work got better; I was inspired by the needle to pay even more attention to the stitches. It reminded me of the Hasidic practice of performing daily acts with intention and joyfulness to liberate holy sparks.

As our world spins and dizzies us, we need forms of sustenance. I hope you find joy and wonder in your daily tasks. Happy New Year.

*
My poem, "Everything Is Temporary" is up today at Eunoia Review.

Tracy Fox said…
Lovely post Alisa. This company has a stand at Festival of Quilts and I bought needles as a gift for my Mum-in-Law as I was so impressed by them. Might treat myself next time! :)
January 2, 2018 at 3:21 PM