June 25, 2018
The Metropolitan Museum of Art had two African textiles in particular that grabbed me this past trip. Both were made through a process of resist-dyeing. One is a "Royal display cloth (ndop)" from Cameroon, made in the 20th century by the Bamileke peoples. (2013.1140.15) 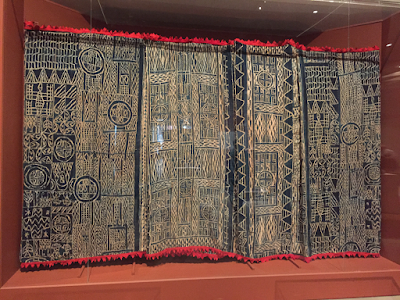 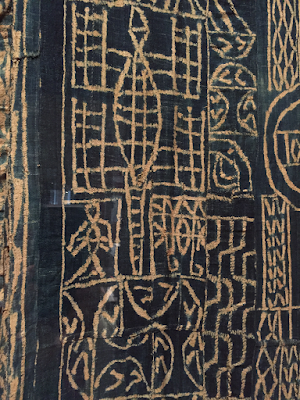 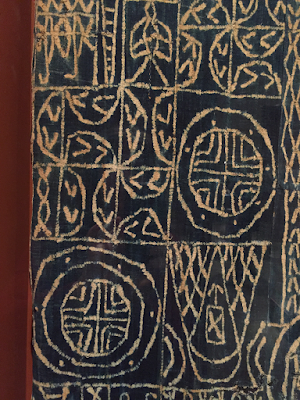 The other is a "Woman's Wrapper" from either Senegal or Cape Verde, made by the Wolof peoples in the early to mid-20th century (2016.724). In this one, you can see how the patterns were embroidered, then dyed, then the stitching was picked out: "stitch-resist." 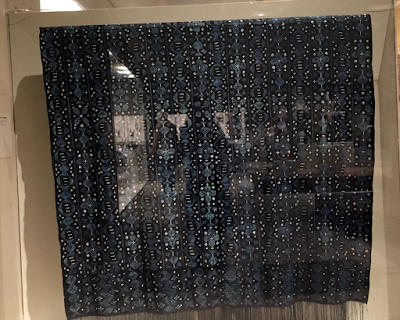 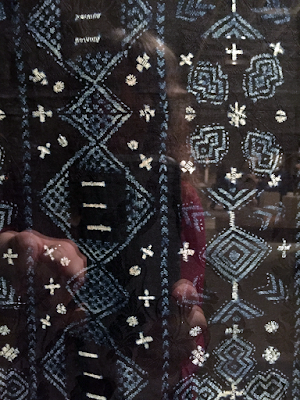 According to the wall texts (and the texts at the links, below), indigo-dyed cloth was a luxury fabric, tied to power, gifts, and royalty. You can find these at The Met's online collection here (Royal display cloth) and here (Woman's Wrapper) or you can search for interesting things in general here.

As usual, I was curious. I embroidered with some waxed linen thread on a piece of cotton, then dyed it. Then picked it out. Both the embroidering and picking it out took hours (not all at once). 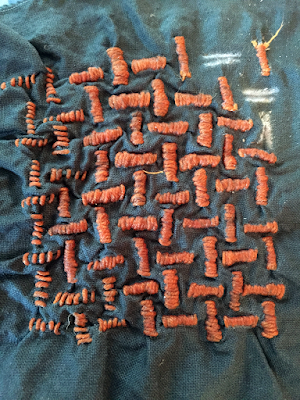 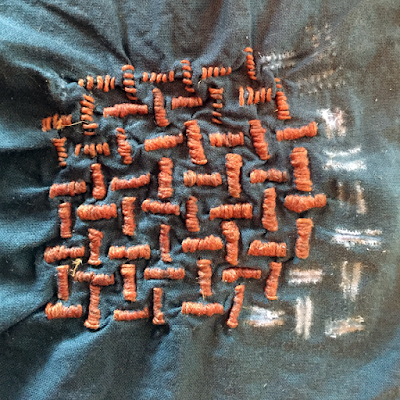 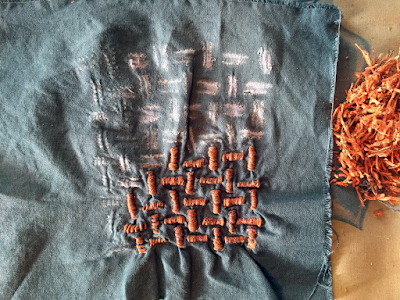 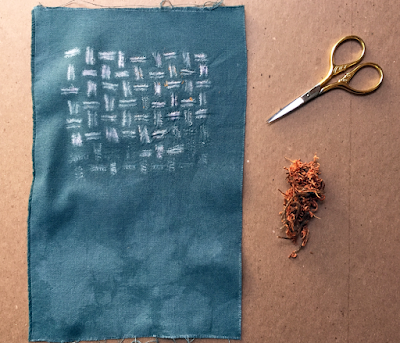 Could be backed and used for a book cover.
It is intentionally irregular. 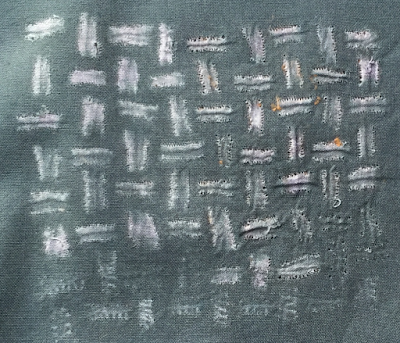