July 12, 2018
It began with a discussion. We soon found out we had differing opinions. Some of our arguments were based in fact, others were based on personal preference. I'm not sure we ever agreed on anything. But the egg began to incubate.

I like crows, and I've taken photos of many crows over the years, so I knew I would have imagery. I examined the pictures, looking for striking, high-contrast images, which is lucky since crows present such a perfect silhouette. At the same time, watching two neighborhood crows, I noticed one had a bent feather, which made the pair easy to spot. I called them Bent Feather (BF) and Bent Feather's Friend (BFF). They had favorite perches in a tall tree, on a certain telephone wire, and near the corner neighbor's birdfeeder. When  I gardened in the early morning, they would peck the ground and even come closer to see what I was doing, see if I had unearthed their breakfast. Eventually, I stopped seeing them regularly.

Then there were five crows, or six. One might have been offspring from a previous year. Three were definitely juveniles, noisy, wanting to be fed by the parents. They would flap their wings and make a racket, opening their mouths, sitting close to a parent, who would usually find something to give them. The juveniles are slightly smaller and their feathers are shiny blue-black, without the dust and fade of years in the sun. 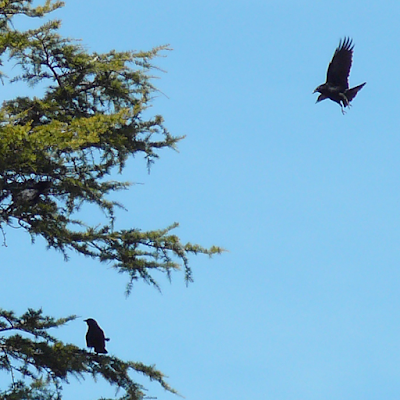 I included some photos of BF and BFF in the quilt. The babies came after I had pieced it. Solar printing, letterpress from wood type, and faded jeans all come together. Embroidered crow footprints and solar prints from fallen feathers round it out.

Here it is: Crows and Cons. Both itself (about crows) and a metaphor for any argument or discussion or debate you might have. 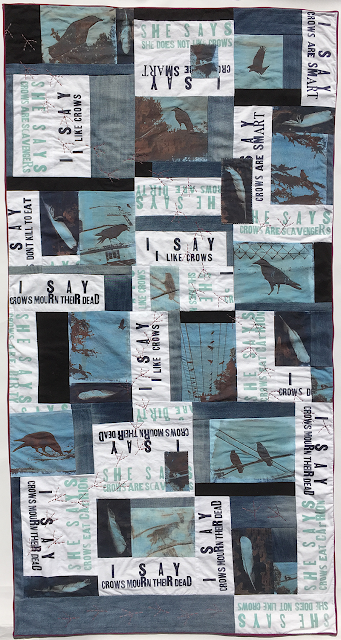 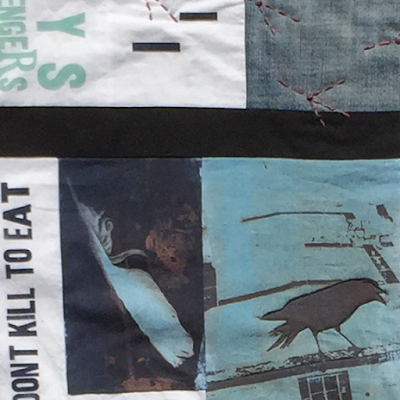 (the crow in this detail is actually from a screenshot from the osprey cam at sfbayospreys.org, the rest are photos from photos I took.) 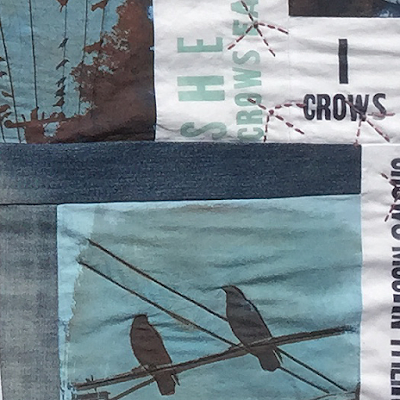 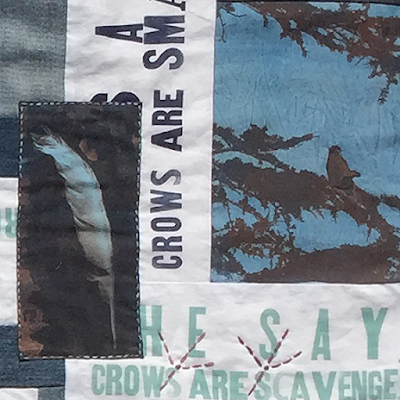 (full image of the quilt is also on the website here)