The Owl and the Book-Box

August 31, 2018
It started with the owl. No, it started with the book-box. Actually, it started months before, when a colleague gave me some old books she had picked up for free, thinking she would make something with them. I, in turn, was sure I was going to pass them on to friend who could give them to her students. But I kept forgetting. At this point you say, who cares? 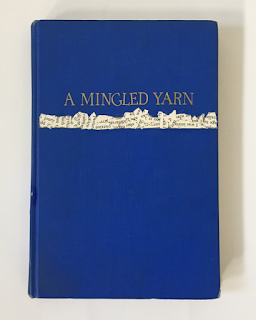 Who. Our owl doesn't say Who. It says What. It's a barn owl. And it isn't ours. It lives in a palm tree around the corner from us. After all these years of knowing, we finally saw it.

Around the same time I was preparing for my last "Friendly Writing for the Visual Thinker" workshop and had just discovered a work by Joseph Cornell that I'd never seen before. Anywhere. It was in a museum collection in Spain. He had hollowed out a book and built a little gridded, partitioned box. Was this really by Cornell? While he did draw and make collages, most of his work is assemblage in wooden boxes.

I found a collection of his archives at the Smithsonian. And look! The photo of him on the front page shows him holding this book-box. Now I had to make one. 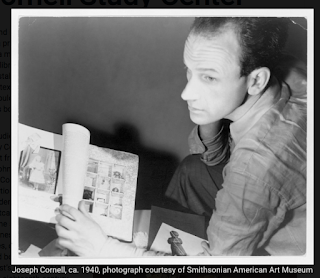 I chose one of the four books given to me: A Mingled Yarn, published in 1952 by H. M. Tomlinson (the contents of which are digitized and may be read here), and began to hollow and build. 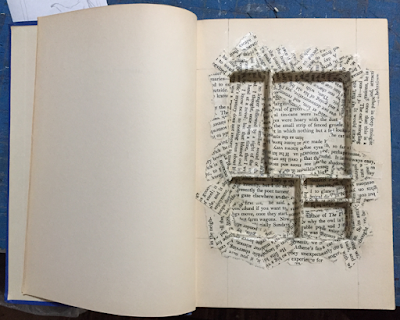 One of the essays in the book was "The Brown Owl" (1928), so I primarily used those pages as the wallpaper of the divided insert. On purpose, I did not read the essay first, knowing I probably would not cut it up if I did. I clamped and cut, built walls and glued them to the bookblock sides, then collaged the page pieces with Liquitex acrylic varnish.

As I worked I didn't know what would go into the compartments. Ultimately, I printed out the owl photo I had taken, and the piece became about our owl. I also had to make and include a little book. 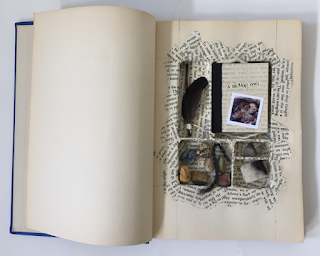 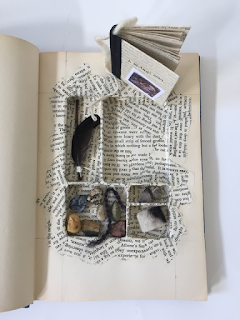 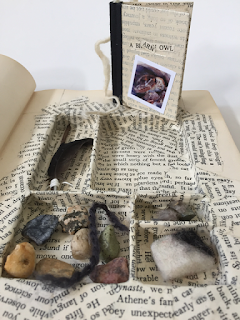 I really like this barn owl, so I spent more time with it while I made a new linocut card and small sachet-pillow. They'll go up at nevermindtheart soon. Both are four by six inches. 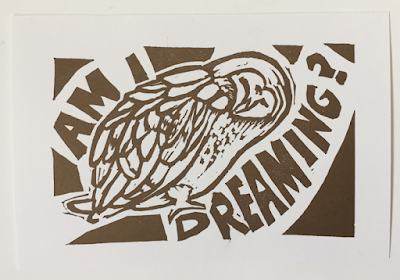 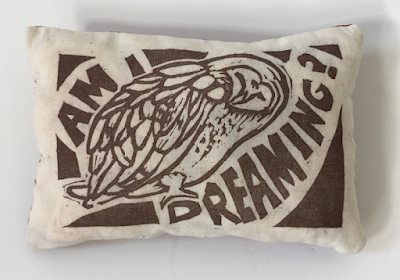 a calming hint of lavender 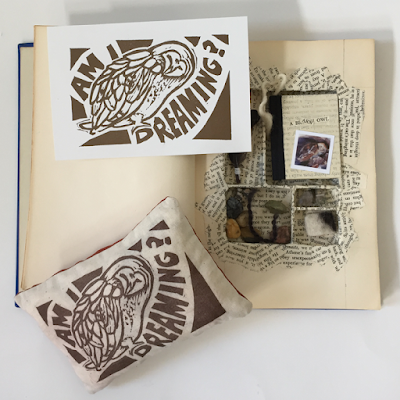 I just read the Tomlinson's essay. It's a sweet story. Yes, I probably would have kept the book. But I like that our owl stories are now mingled.

“The web of our life is of a mingled yarn, good and ill together: our virtues would be proud, if our faults whipped them not; and our crimes would despair, if they were not cherished by our virtues.”