Birds of the Bible: Quail

May 21, 2019
About a year ago I received an email asking me if I would be interested in submitting a proposal for a grant: the Isaac Anolic Jewish Book Arts Award. No guarantees, but the writer was interested in my bookwork. The website states,


Established in 1980, the Anolic Family Awards have been given to Jewish artists with a wide array of talents and goals, who have used these awards as an opportunity to further their artistic practice, Jewish cultural knowledge, and to advance their careers.

Sounded good to me.

With birds on the brain, I wrote up my proposal to do a project looking at birds in the Hebrew Bible. I had just read that before the dove was sent to check on the flooded world, Noah had sent out a raven, and I knew I wanted to explore that raven. I gave myself some room to wriggle and grow within the project because I knew that once I got started, the project would start defining itself. It was a competitive process, but I won the grant.

After studying the Bible, the project has evolved from one bird to three: raven, quail, and bearded vulture (an old world bird). I'm just finishing up the (deep blue) slipcases for it, but Quail is now complete. 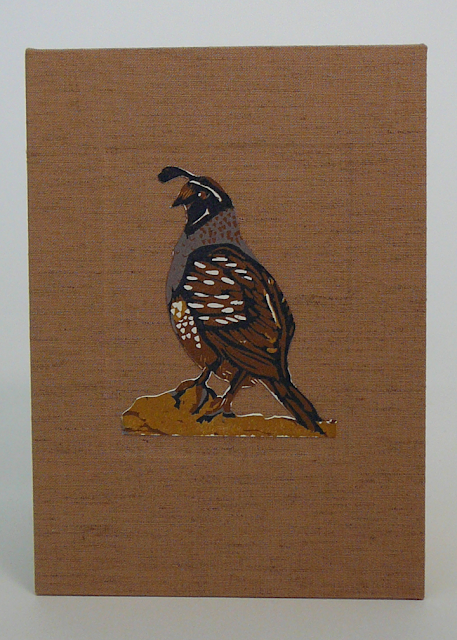 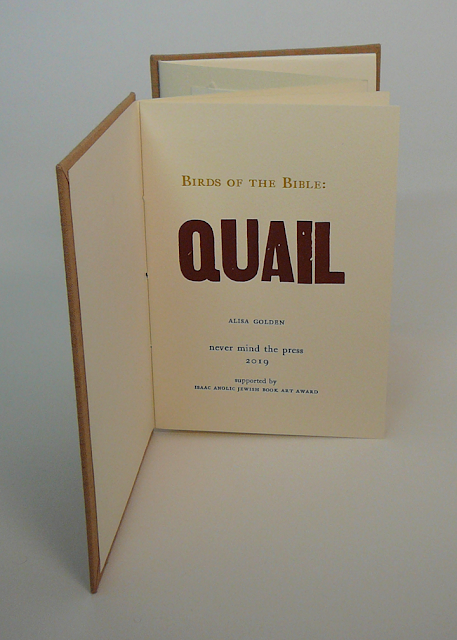 Title page is letterpress printed on Somerset Velvet paper with handset metal and wood type. The wood type belonged to my grandfather, who owned a printing and publishing company. 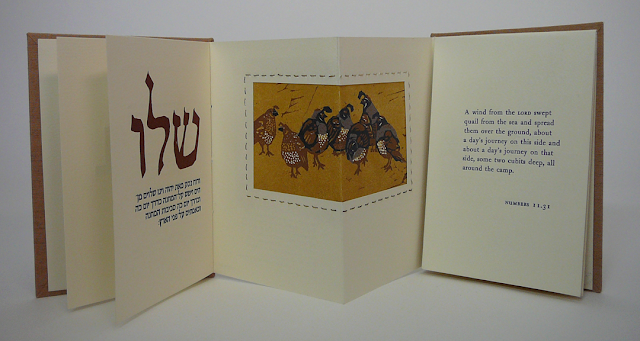 Skipping ahead to the center, I carved and printed "selav," the word for quail in Hebrew, and set Hebrew type for the Bible portion of Numbers 11.31. A reduction cut floats in the centerfold with hand stitching to frame it. An English translation of the portion is visible on the right. 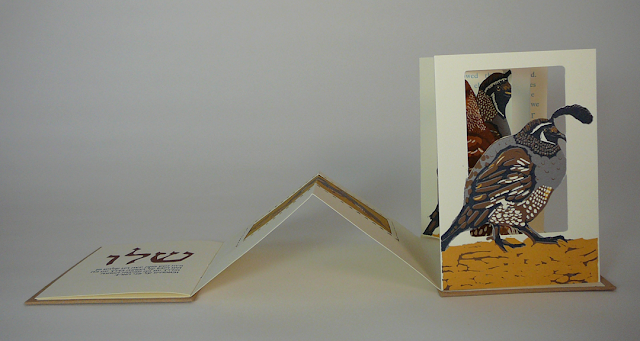 The righthand section opens up to stand as an accordion-folded tunnel with three quail: two male and one female. The images were based on California quail, which are similar to the migratory quail found in the Bible. 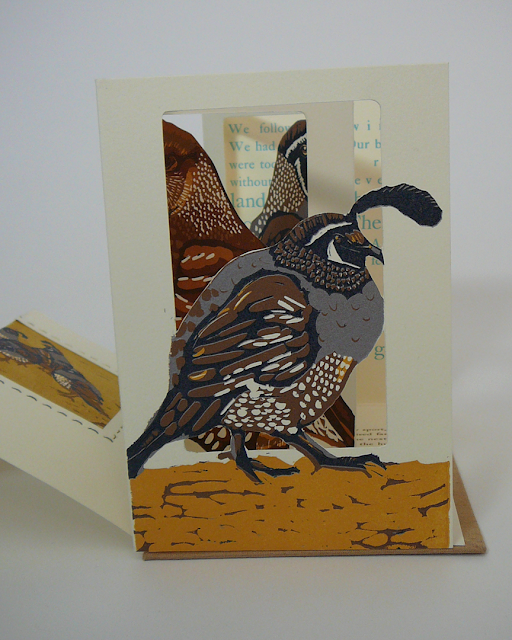 A closeup of the tunnel and our first male quail. 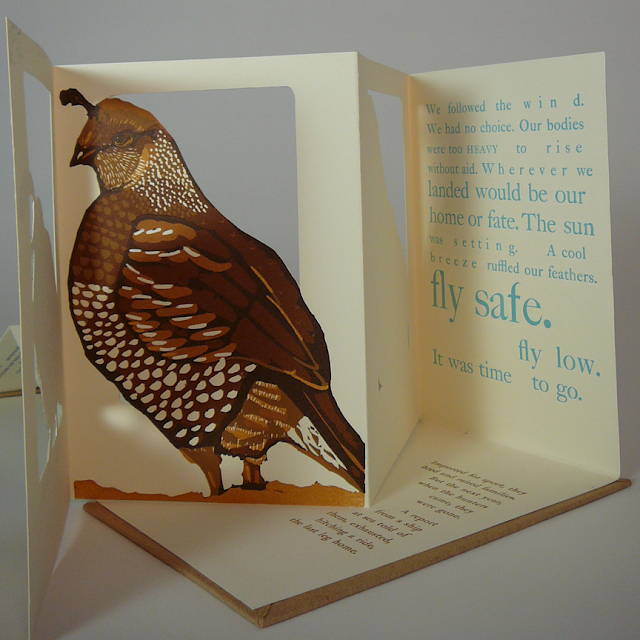 A closeup of the female quail and two short passages I wrote about how quail fly. 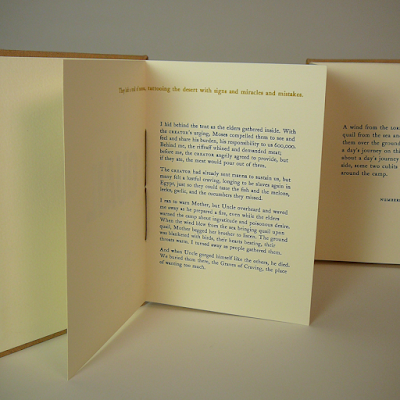 Back to the first opening of the book: my fictional interpretation of the story, fleshed out, so to speak.

In the Biblical passage, the Israelites are wandering in the desert and the "riffraff" are complaining to Moses that there is nothing to eat but manna and they are sick of it and want meat, particularly the fish and leeks and cucumbers, and so forth that they ate when they were slaves in Egypt. The Creator sends the quail, but there are consequences.

Contact me if you are interested in purchasing one. They also may be available in the future through Vamp and Tramp and Seager/Gray Gallery.
On to Raven!