August 26, 2019
In the past few months there have been two shows of book art at Bainbridge Island Museum of Art that highlighted the collection of Cynthia Sears, who had just donated the work to the museum: Open Sesame: The Magic of Artist's Books and Abecedarian of Artist's Books. Cynthia bought work from me years ago, and unbeknownst to me, she was the founder of the museum. It's beautiful.

I just shipped more books their way, and Letters of Transit, Quail, and Raven are being shown with the next exhibit, Following the Thread.

The Sherry Grover Gallery, which houses the Artists Book Collection, is furnished with wood and glass cases on all the walls, and a long wood and glass reading and study table down the center. Books can be displayed in the table as well as in the wall cases. Amy Goldthwaite, one of the Curatorial Associates, sent me some photos of my three books in place. Amy wrote, "The long table often has reference books laid out for people to study. Also, we have a nice collection of commercial pop-up books for families to enjoy together. Specially trained docents can open the cases and pull out selected books to show our visitors. We do our best to make the books available while keeping them safe." 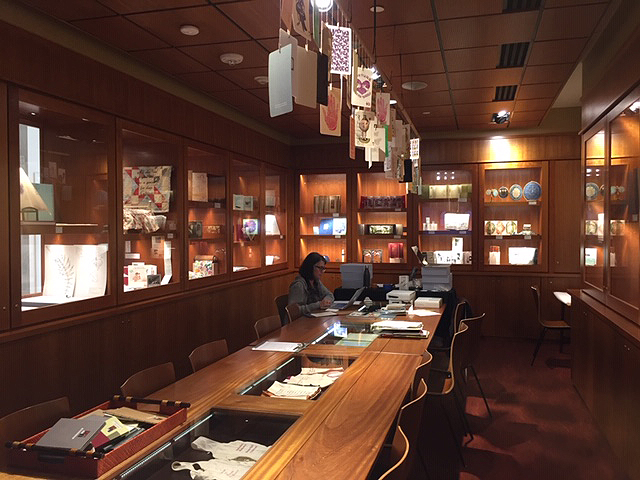 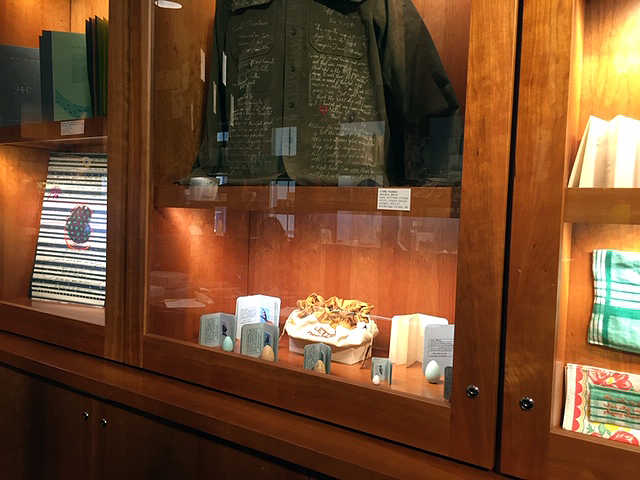 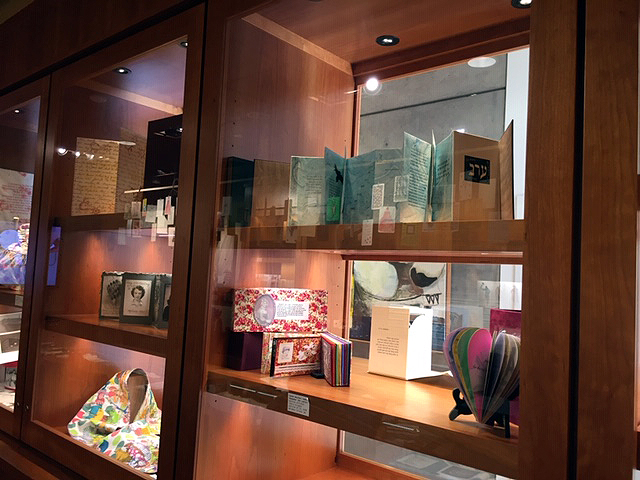 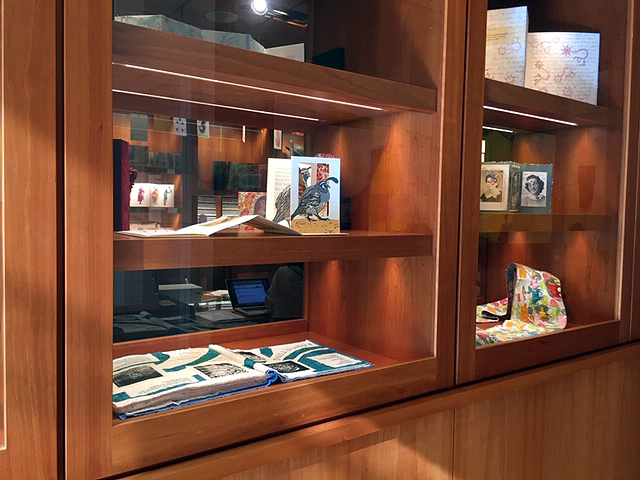 Concurrently with Open Sesame, Catherine Alice Michaelis organized a print exchange: exCHANGE of Environment. As I was working on Quail at the time, I reconfigured it as a broadside as well. Catherine sent me a photo of it (up near top left) with the other prints in the gallery. Quails rely on the weather and wind for takeoff for migration since they are such compact, heavy little ground birds. 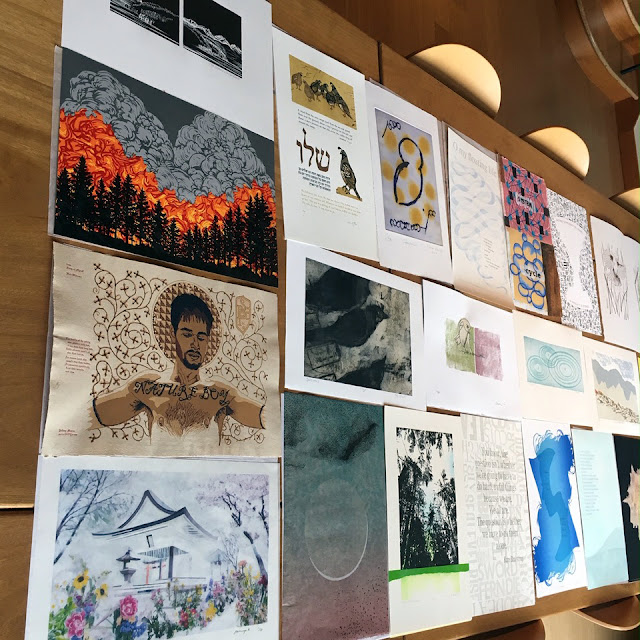 I haven't been to Bainbridge Island in decades, but the photos on their website are truly lovely, and I am feeling the pull to visit that Washington state island again.

List of books from never mind the press at BIMA
List of most all book art with links to images and prices is here.