The Third Light: a new book

August 09, 2019
It has been a productive summer, so far. In parallel with the project I decided would be "Birds in the Bible," I had the idea for this one. It also plays off of a biblical verse from Genesis, this time straying into contemporary territory with a look at light pollution and legibility. The Creator formed two lights: a greater light and a lesser light, and the stars. I've carved and printed a linoleum block of four bird constellations, first in black, then progressing from shades of dark gray to nearly white. Aquila the  Golden Eagle is on the covers. Our night lights affect migrating birds. 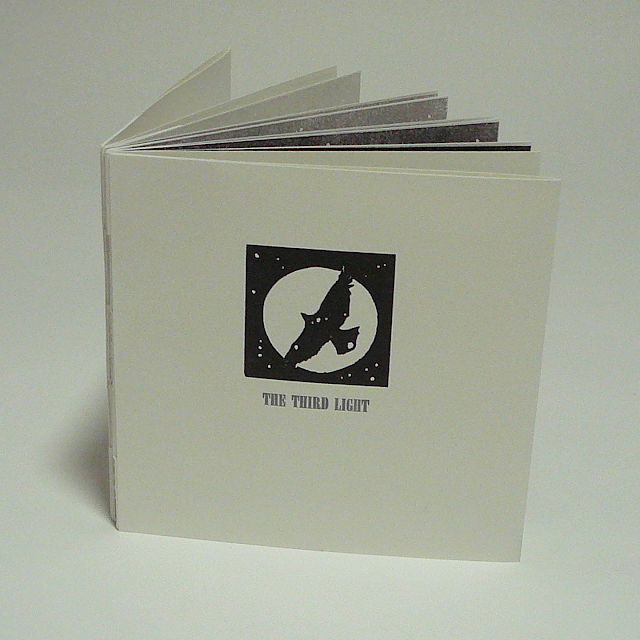 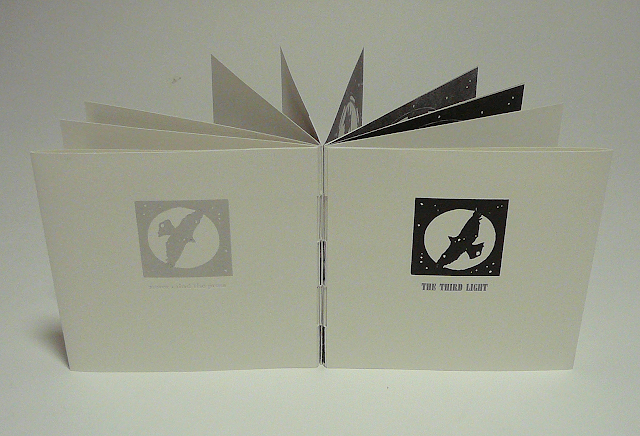 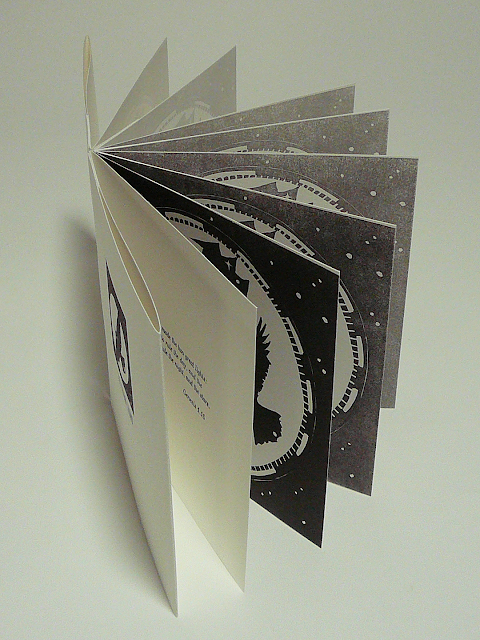 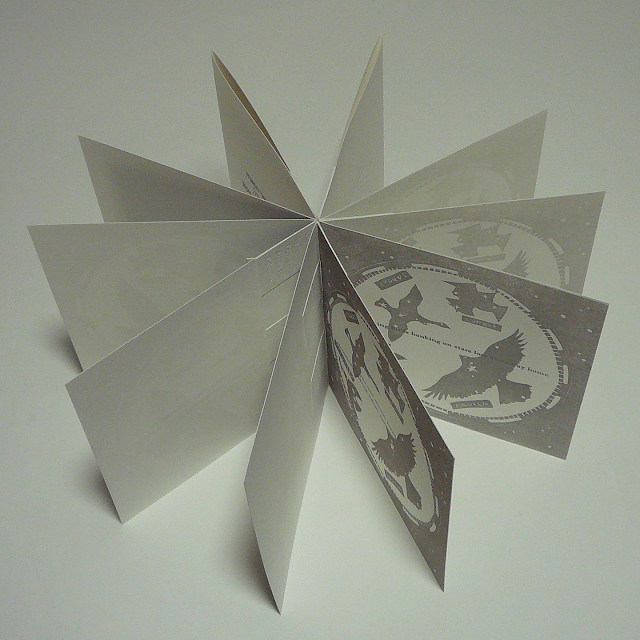 The book can open into a complete sun/moon circle. 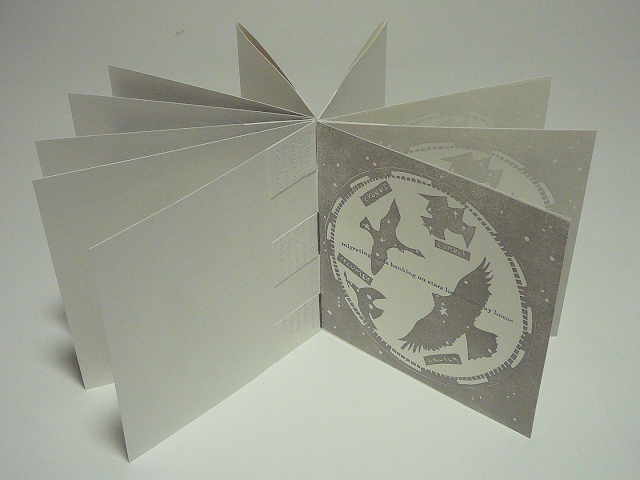 This is the Linked Hinge binding that I dreamed and wrote about here.
I heavily printed the edge of the paper (that would ultimately be the tab) with an explanation of which seasons we can see the bird constellations in the northern hemisphere: Aquila the Eagle, Cygnus the Swan, Corvus the Crow, and Columba, Noah's Dove. As with some of the other words here and there, you have to tilt the book to the light to read it. 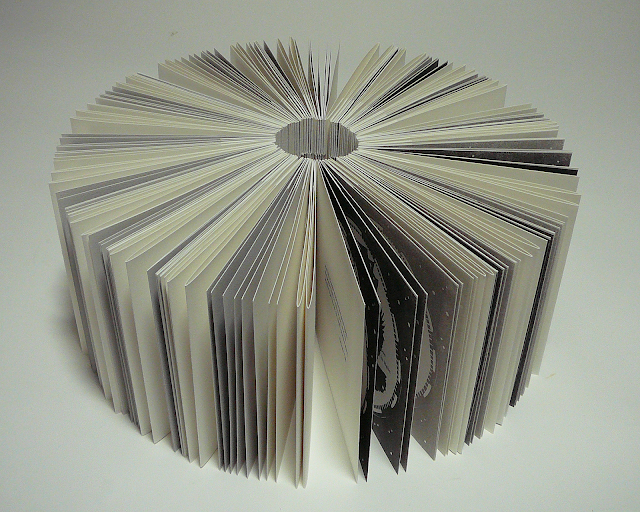 Edition of 18.
A single poem that ends with a haiku.
Look for them at nevermindtheart, and they may be available at Seager/Gray Gallery as well.
125.00 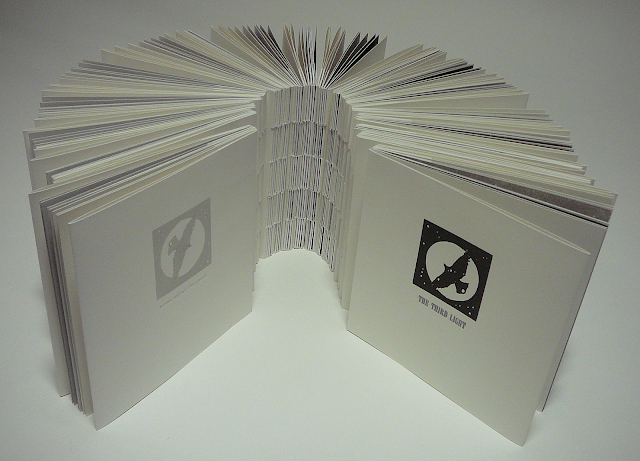 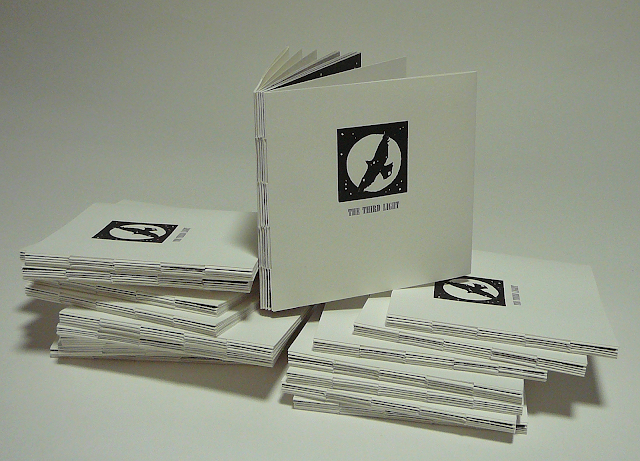 The third light is humanmade: better for some, worse for others.