Reading and Listening, Translation and Form

September 06, 2019
I'm a reader. I like words on a page, and when I'm traveling, even words on a screen are okay. I graze around the house, picking up a newspaper section here, a magazine article there. You could say it isn't much different from surfing the net. I just do it with physical objects.

I have friends who don't read, though, they listen. Some are constantly on the road; the commute needs company, craves stimulation, knowledge, entertainment. Others like to have their hands free to multitask. It's true, it's hard to read and do anything else except have a cup of tea. Yeah, I'm there.

So what happens when the book is an audiobook? Last week there was an article in the NYTimes in which J.D. Salinger's son was finally persuaded to allow his father's work to be recorded rather than printed. (J.D. Salinger died in 2010 at age 91.) Salinger notoriously was against the translation of print to audio, claiming that it changed the experience: the words were meant to be read to oneself. But what if you have low-vision or are blind? What if you cannot hold a book in your hands? What if you're young and only read on your phone? Those were the arguments that convinced Salinger's son to release the works to a wider audience. And I think that's a good thing.

But stepping back, what do you lose and what do you gain when you change the received format of story, poem, and information? How does the experience change? If the intention of the form is part of the meaning, then can it remain a strong piece? As an artist, I'm always aware of form, and I try to make conscious decisions when I make something: a kind of book, a print, a textile work, a story or poem or essay. Any subject can become any one of those. But I tend to think that one might work just a little better than another. And often I am pulled in a direction that just feels right.

There's a kind of control we have when we choose a form. We're setting the stage, showing our intention. And it is likely connected to the meaning, perhaps to challenge assumptions, or enhance a mood. Children's books, for example, but we may not realize, are likely meant to be read aloud. Books for adults, generally are not.

We can also think of print to audio as being a translation, like any other translation. As if they were two different languages. With languages, the translator can decide to be as literal as possible, or work with the language to create the same feel and mood and flow as the original. This became apparent to me when, in grad school, I read a page from Günter Grass's The Tin Drum, translated in 1961 by Ralph Manheim. I was intrigued enough to look for the book, which had a new translation in 2009 of The Tin Drum by Breon Mitchell. Although the content was intriguing in both, Mitchell's new translation was rhythmic and poetic, attentive to sound, the way the first translation was not. Each translation presents a new challenge. An audio book can contain multiple kinds of sounds, voices, or music that can have an influence on hearing the way typeface, cover, and size can have on seeing in print. Creating an audio book is also an opportunity to ask: what can it do that a print book can't. And vice versa. And there it is again: what do you lose? what do you gain?

From the receiving end, each of us receives differently, learns differently, is interested in different things, so it makes sense to have a variety of ways to experience a certain subject. How the form is used is important. But understanding that the the form may not be the only form we believe it should be may be, simultaneously, both confounding and freeing. 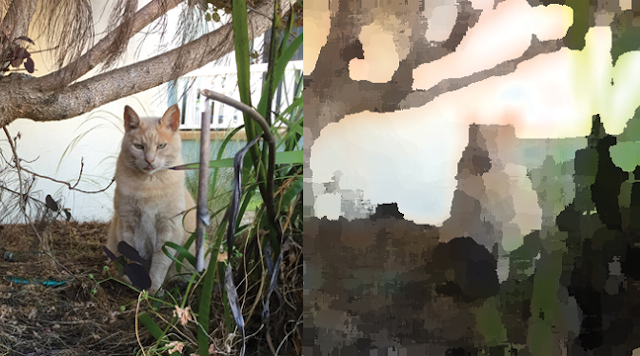