November 05, 2019
I read a thoughtful and enlightening article by novelist Zadie Smith in the New York Review of Books (October 24, 2019 / Vol. LXVI, Number 16) called, "Fascinated to Presume: In Defense of Fiction." In it, she remarks on the power of imagination and empathy, compassion, identity and politics, and the future of fiction, all while first defining some terms. Words are the source of how we communicate, so our word choices contain our thoughts and can influence how we and others think. The essay is broken up into about three topics, and with further development could easily be a book, but it is complete unto itself, and if you can't tell already, I highly recommend it.

Smith begins with stories of herself as a child, imagining she was each of the people she met and with whom she interacted, calling herself "an equal-opportunity voyeur." It didn't matter that she wasn't from their country, race, religion, or age group, she was curious what it would be like to live like them, and she tries to put herself in their place. She feels she could be anyone, and moves to a quote by Walt Whitman that includes the line, "I contain multitudes," and there is the first definition: what does it mean to "contain?" The word is associated with "land rights, immigration policy, military strategy." That doesn't sound good. Right there, each of those areas of containment is an area of power. And this is her starting point: what does it mean to write to contain someone, as opposed to writing to include someone or share. Contain, defined this way, closes down a character, makes them shallow. Smith realizes that "The risk of containment is the risk of false knowledge being presented as truth - it is the risk of caricature."

In an "ideal world" she writes that there is so much variety that no one person speaks for or represents  all. A caricature might not exist because we would have so many (perhaps conflicting) views and facets to absorb. The variety is growing, but I think we still have a backlog of works that do not adequately represent the multicultural world. Until we have even more of that variety, that integration, it will still be a struggle to convince the reader that you do not have to be an A to write about an A.

And here is something I began to think about: when someone reads a story and says, "Oh, a person of that race/religion/etc would never say/do that," we don't allow the writer to imagine or create. Except in genre fiction, when we do: hardboiled detectives, talking animals, space aliens, demons and angels and more. Among Science Fiction readers, we never encounter, as my friend remarked, "A Martian saying, 'That's not how I make soup.'" We allow the writer to use imagination because none of us really knows for sure. How does a Martian make soup? There is no way to check for truth so we do that thing you've heard about, we Suspend Disbelief.  In today's world, the sci-fi writer gets a certain freedom that a literary fiction writer doesn't.

I would agree with Smith when she writes, "But surely that task of a writer is to think for herself." I find it insulting to think that neither readers nor writers can possibly imagine what a life is like, can possibly empathize with someone when one is not that someone. Wait. Look at that for a second. I am only I. Does that mean I can only write about me, myself and I? What is a self? We can use as many words as we like to try to describe ourselves, but as Smith explains, "We can sometimes forget the mystery that lies at the heart of all selfhood." In an oft-quoted line, Gertrude Stein wrote, "I am I because my little dog knows me" (Identity, A Poem). How does the dog know her? It just does. And we don't question that it does.

Smith also seems to say that we are very hard on other people, particularly people who do not appear to be like us, and we expect them to know more than we do: "For though the other may not know us perfectly or even well, the hard truth is we do not always know ourselves perfectly or well." Again, she is leading us toward empathy. If we can't really know ourselves, how can we expect others to know everything about us? And why do we criticize them when they might know some but not all? Each of us has distinctive quirks, both positive and negative, and understanding that we are all flawed can help us accept others and ourselves.

Smith quotes Emily Dickinson, a poem that includes the line, "Still fascinated to presume / That Some – are like my own –" Both Smith and Dickinson believe in "shared griefs," shared human feelings. It is not necessarily true that someone who shares our upbringing, religion, race, age, etc. has the same outlook on life, or "sensibilities" that we do. I agree with Smith's whole essay and feel she speaks for me, even though we do not share race, religion, and nationality, but we seem to share a sensibility. Another reason we need empathy and compassion Smith writes, "…without an ability to at least guess at what the other might be thinking, we could have no social lives at all." We calibrate and recalculate like friendly GPSs. Am I going in the right direction? Does this person understand what I am saying? Frown or laugh? Am I including this person in my conversation? We watch each other's faces; we look for nuances. Ah, nuances. The thing that is missing in today's discourse.

Smith writes that "everything in a novel is, by definition, not true. What, then do we mean by it?" I think about the categories of fiction and how realism seems to dominate mainstream novels. The problem with fiction now may be found not in today's identity politics, but the fact that we are so confused when reality and fantasy are blurred every day, when we have politicians making things up as though they were writing a {insert adjective here} novel, when the narrative is mush. We wonder, what is real? What is imaginary? What is a lie? We try to find the truth. When the made-up is so prevalent, perhaps people want clarity, a boundary, a backbone, something on which to rely. Our politics are polarized. Nuance is left at the curb. Compromise, what's that? Everyone is right and offended, and no one wants to listen.

And this may be why fiction is having a momentary identity crisis. Some of us have misplaced our empathy and compassion. And our shared (I'm going to repeat that, shared) sense of humanity and humor. Don't each of us want to be listened to, respected, understood, loved? If a novel-writer is attentive and considerate to all the characters, listening to each individual and giving them the respect, understanding, and love they deserve, then perhaps the reader will trust the story. Fiction has the power to unite us, like all the arts, if we, writers and readers, are open to it.

***
I've just finished reading Zadie Smith's novel, The Autograph Man, [Amazon] and I found it had the best qualities of a fictional book, humanity, love, compassion, and humor. The beginning had me laughing out loud. The drinking and smoking didn't appeal to me, but by the end I realized the story really is more of an inventive fantasy. And she's invented some fresh situations. She's written about people and cultures that she isn't, but the writing is good, and I was willing to accept the altered world, and the reality that she created. It's fiction. 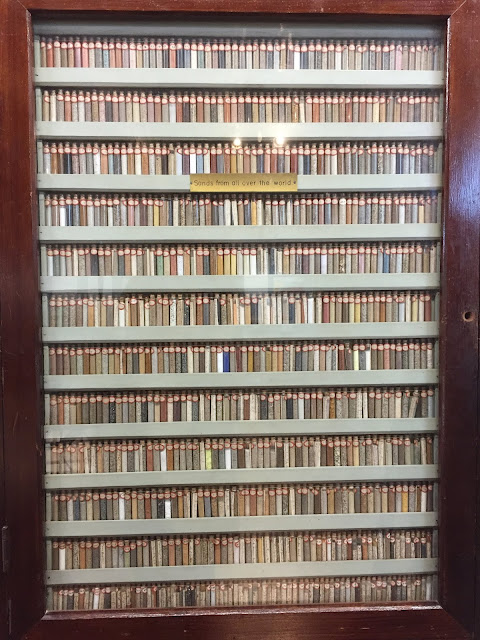