I had an impulse to draw an onion. I've sliced—what—a hundred onions, a thousand onions in my life? Say 2 a week x 52 weeks x 30 years equals about three thousand onions! And still I hadn't really thought about them with much attention. Okay, I made a little one-of-a-kind about my grandmother several years ago, but I wanted to look closely. 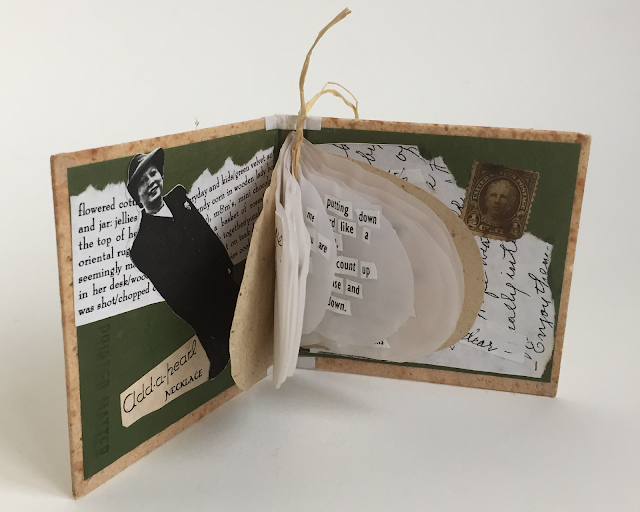 I wondered if our idea that onions were layers upon layers in circles was true. And what happens when you slice the onion top to bottom? Actually, I wanted to see how it grew.

After I drew the yellow onion I had a further impulse to embroider it. My friend had just given me more scraps of linen from her textile business. Perfect. 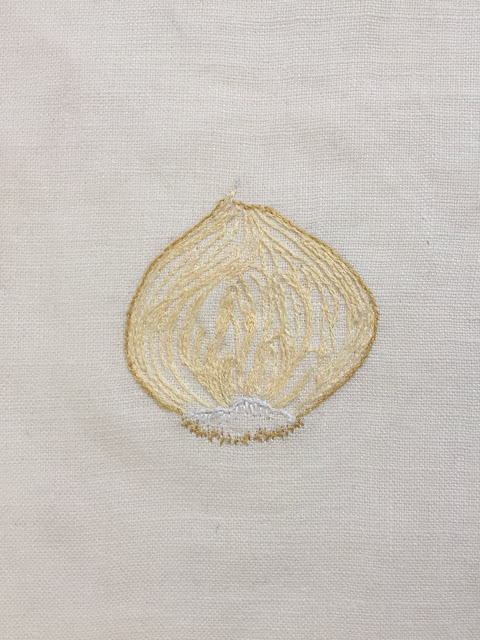 One onion begets another. How about different varieties? 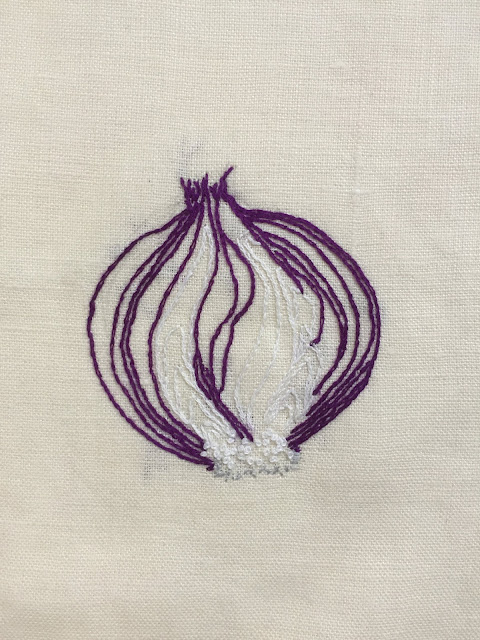 So now I have two, perhaps the beginning of a series I'm calling "Halves."

I was thinking of haves and have nots/knots, (little French knots at the bottom of the purple onion) but another friend says this is rather obscure.

The linen feels nice to work with. It reminds me that in fourth grade we learned "stitchery" with yarn on burlap, much coarser, but similar feeling otherwise. It was years before I realized I had learned embroidery stitches.

Curious, all these connections. Hello Onion! You seem to have been an invisible but reliable presence.

dinahmow said…
I read everything, but rarely comment. Why? Not wanting to be a "gushy" reader I suppose. But I do love your "take" on so many things. Thank you for taking me along so many trails.
December 27, 2019 at 11:08 AM

Alisa said…
aw, you are welcome, dinahmow! always good to hear that someone is reading. thanks for writing!
December 28, 2019 at 8:38 PM