A Curtain Becomes a Quilt: Catch It Before It Falls

February 25, 2020
In the late 1980s, I made a clear vinyl postcard quilt with pockets for a friend (whose idea it was), then several more for myself and other friends, and then a few years later we began to see pockets everywhere: in curtains, pillowcases, shower curtains, you name it. I bought a sheer pocketed curtain from Pottery Barn for my studio door (so this must have been mid-1990s), and another one later from Bed Bath & Beyond. Then they vanished. I put the instructions in my book, Unique Handmade Books, and in 2013  posted on the blog here, because UHB went out of print.

Well, the Pottery Barn curtain started to disintegrate. And rip. The tag says it is cotton, but I think it was starched to feel like organza. I had kept dried leaves and pressed flowers in the pockets, which was pretty, but caused the cloth to yellow. Not archival, but I liked the look.

I decided I would preserve the essence of the old curtain; oddly, the title came to me first: "Catch It Before It Falls." I carefully brushed out the old leaves and leaf bits and replaced them with fabric scraps from past projects and thread from the thread jar (finally! a use!), then sandwiched the old curtain between a cotton backing and silk organza top. Machine quilted it simply together. I didn't mind the roughness and just used a pinking sheers at the bottom. It was a one-day project that surprised me. 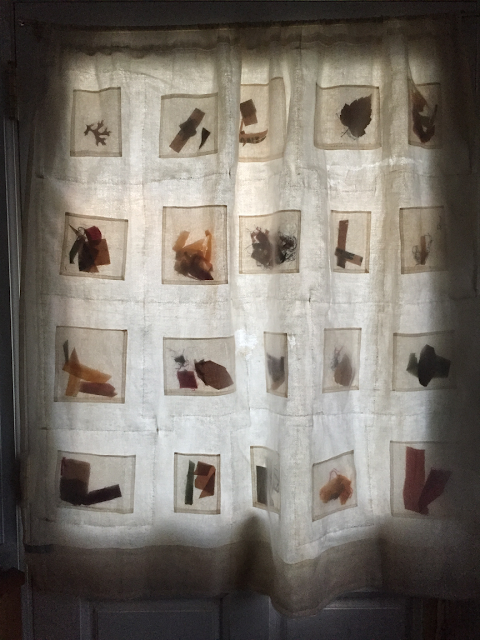 Catch It Before It Falls (in place)

There are two real leaves included, after all, preserved, because I had coated them with acrylic gel medium. Can you find them? 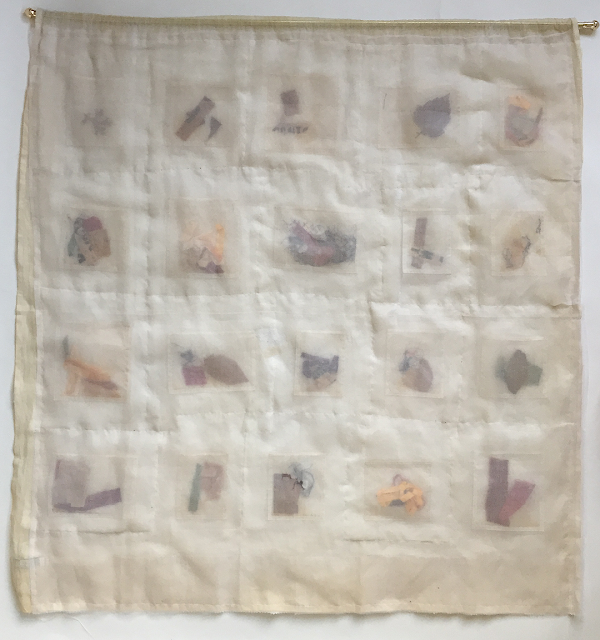 The original curtain, below. 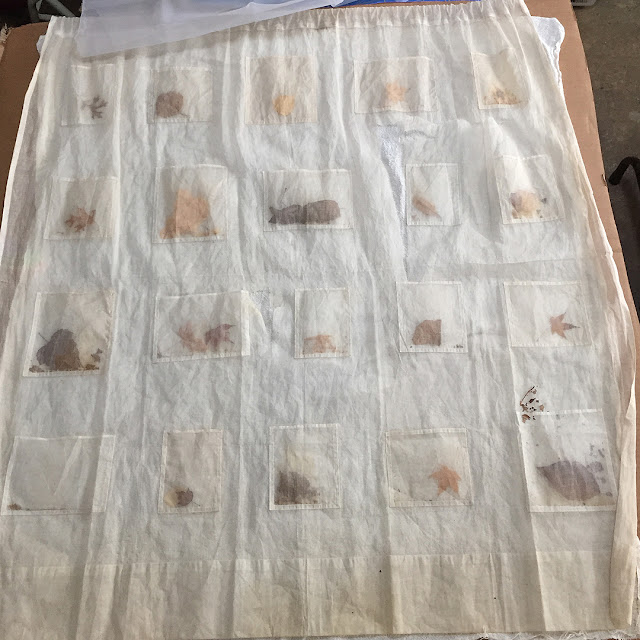 The leaves I removed. 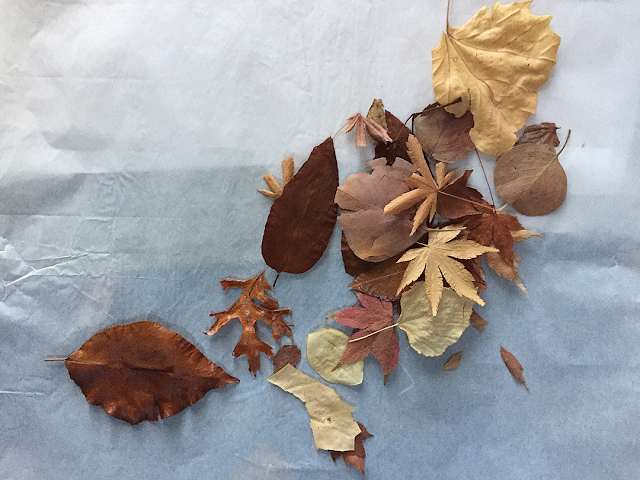 Details of the contents of the new quilted pockets. 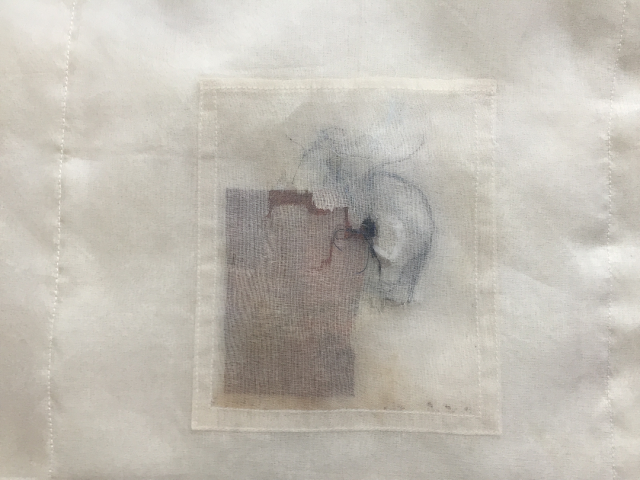 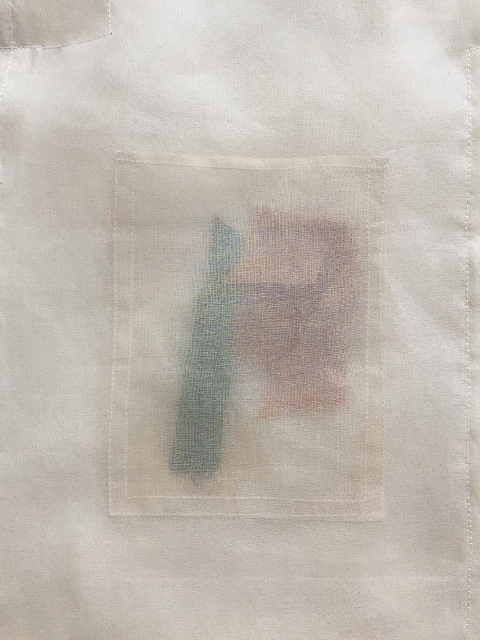 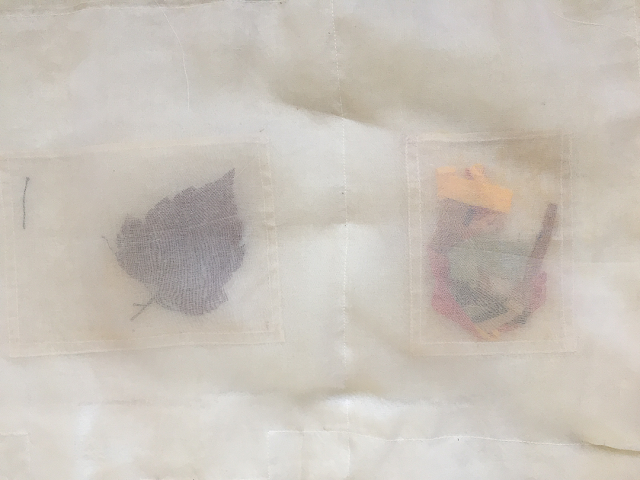 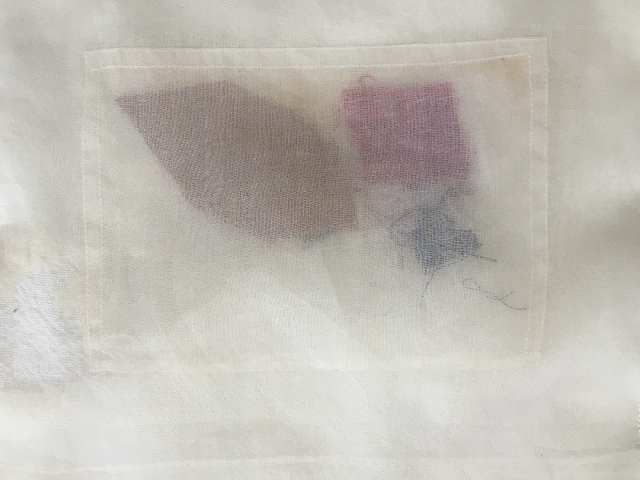 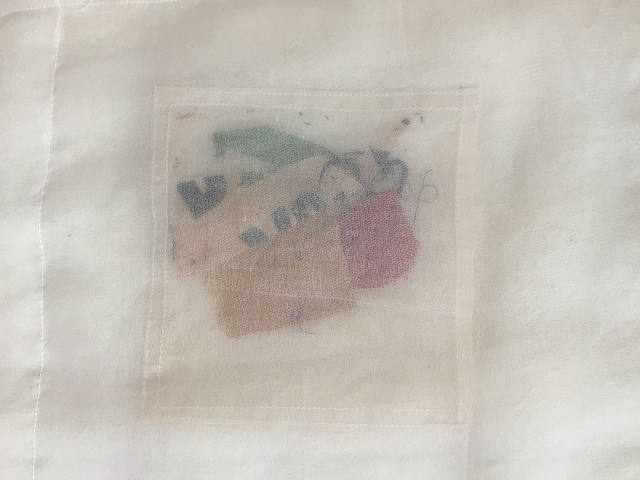 It has a similar vibe to me.

The Bed Bath curtain is still in good shape. It didn't have the starch in it, so maybe that is why. 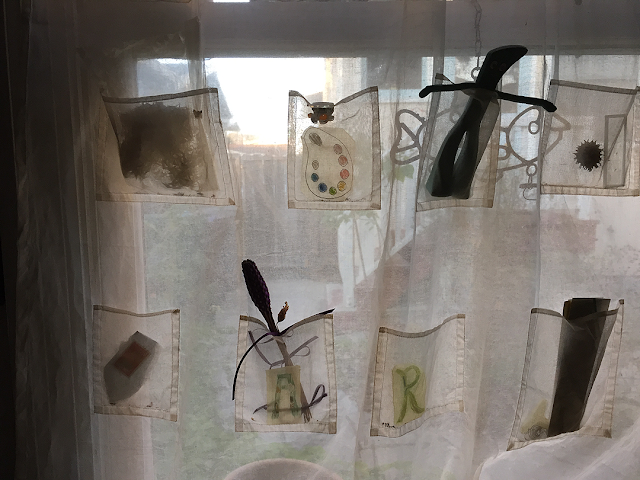 Looking out. Looking in. Similar to the concept of the show I helped jury, which is now at San Francisco Center for the Books, (retro)(intro)spection, through April 19, 2020.