It Was Supposed to Be a Luxury: Art Quilt

April 03, 2020
I think the first realization that the coronavirus was inching closer to home was when it literally was: the cruise ship Grand Princess was brought in to dock in Oakland. It was so enormous I could see it from my bay walk in Richmond. And it provided such an impact and change to the horizon that I had to document it, first in a photo, then in an art quilt.

For the quilt I manipulated the colors and printed out via ink jet printer after first painting the cloth with Golden Digital Ground for Non-Porous Surfaces (no relation, and the non-porous kind was the only one I had, which works just as well: see this previous post from 2011). You can print on cloth for your own book cloth as well. Here are two details from the quilt. I included two strips of black velvet for the luxury part. Hand-quilted with variegated cotton sashiko thread. 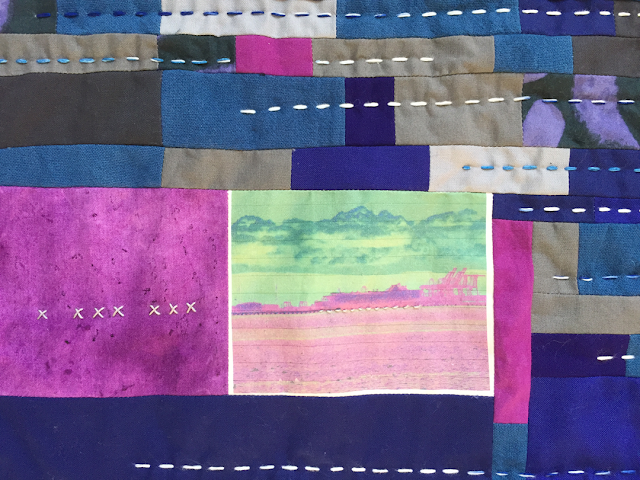 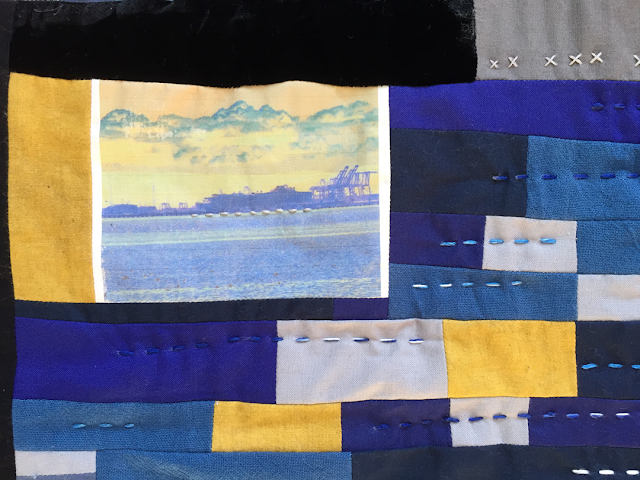 A friend said she knew two people on board who were quarantined, first on the ship, then at Travis Air Force Base (I think), and finally, healthy from beginning to end, were released. The ship became a metaphor, and a basis for the partial poem I stitched onto the quilt: 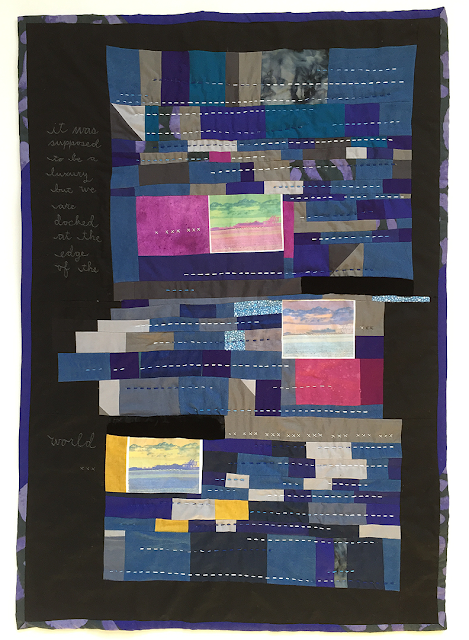