June 29, 2020
After reading Travels with Charley in Search of America, I wanted to continue the journey across the country. William Least Heat-Moon's book,  Blue Highways: A Journey into America appeared to be a good next step. It turns out that Least Heat-Moon was definitely aware of Steinbeck's book, perhaps inspired by the quest. But his perspective, while sharing some of Steinbeck's sentiments, is from a somewhat different point of view.

In one section, Least Heat-Moon has a conversation with a woman who wistfully thinks about traveling as well, but she says she would bring a dog for company (like Steinbeck, although she doesn't say this). He initially says a dog would be a distraction, but about halfway through, loneliness kicks in. Unlike Steinbeck, he doesn't have a wife who flies out to meet him periodically, in fact, he is separated from "the Cherokee" as he calls her. He himself is part Osage, and his Native background also lends a different viewpoint, particularly in his descriptions of the land and to the animals that live there.

Additionally, Steinbeck, a well-established author by the time he writes his book, has a camper custom-built, which reads as quite comfortable; he even invites people in for coffee or an alcoholic beverage. Least Heat-Moon, on the other hand just let go from a teaching job, has converted a 1975 Econoline van, which is spare, and the reader feels the cold. Because of his awareness of the temperature and elements, the spareness also puts Least Heat-Moon and the reader more in touch with each natural setting.

Both authors share an interest in the stories that people tell and the ways in which they interact. Least Heat-Moon has the help of a tape recorder and is able to lift whole conversations up and smooth them out onto the page for a brilliant look at the thought processes, cadences, and diction of the talkers. These dialogue-stories are astonishing.

After reading the beauty of Steinbeck's writing style, I have to admit it was hard to get into Blue Highways. But just at first. Once I oriented myself to Least Heat-Moon, it was clear sailing, and I am enjoying his book very much. He traveled with no plan, or rather, he and his Rand-McNally atlas worked hand-in-hand to guide each other: he chose where to go next by the name, particularly unusual or humorous name. That's what confused me at first, the lists of names, like begats in the Bible. But he's a writer interested in language, and he is able to share that interest with the reader. Curiosity leads the way, and it sometimes gets him into a pickle. I can relate to the drive up a mountain in May that warns to watch out for snow and ice, having had a similar experience trying to drive down to Los Angeles around I-5 in January, being forced to take a detour up in the mountains when the Grapevine was closed, and having to turn around again.

The "blue highways" refer to the less-traveled roads, the red roads being the major interstates: the freeways with large trucks, motor homes, and fast cars. The blue highways are slower, sometimes not even paved. Least Heat-Moon (he is the youngest; his father is Heat-Moon, his older brother is Little Heat-Moon), has one amusing judge of a place: how many calendars are on the wall in the diner. The more calendars, the higher the quality; these are the equivalent of Michelin stars for him.

He is from Missouri, which, when he visits Alabama, Mississippi, and Texas, is considered a Northerner. This is 1978, eighteen years after Steinbeck's journey, and still he encounters the racism and bigotry that Steinbeck also saw. He visits Selma, wanting to see the church where Martin Luther King, Jr. started the march, and to see the bridge where the march went, but the Black folks there tell him to be careful. Why? Because if the police see him talking to them they will likely find a reason to ticket him or arrest him. As with Steinbeck's discovery, Least Heat-Moon is told that the Northerners always come down to "stir things up." One Black man, when asked how things are now says that it is three words: Nothing. Has. Changed. Another disagrees, but says change is very, very slow.

Which parallels where we are now. Again. Will it go faster today? The news makes it seem as if it will. But people thought there would be more change than there was in the mid-1960s as well. A friend says we have to change "hearts and minds." We also have to change laws and systems that shouldn't have been put in place to begin with. The changes should be additive and inclusive. How we vote will help determine what happens.

A journey is never just a physical one. Least Heat-Moon realizes at some point that he is trying to find his way in the big picture of his life, not just on the ground. And we are, too.

I haven't finished the book, yet. But if you haven't read it yet, I recommend that you go read. 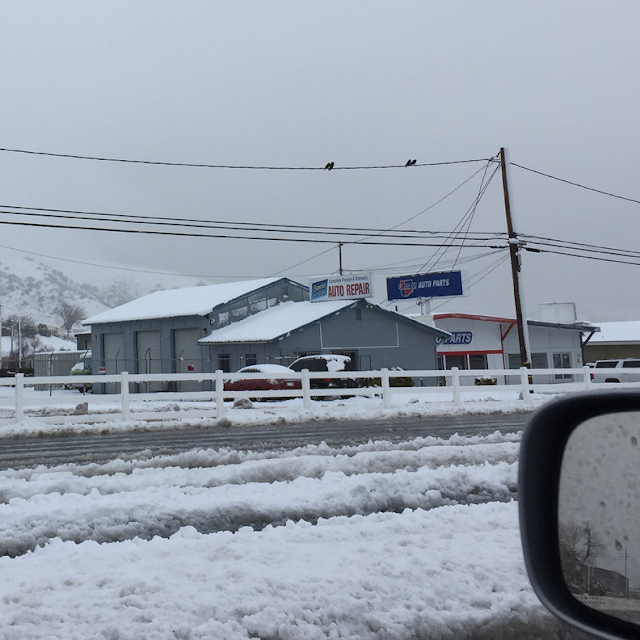 Kathleen Loomis said…
I loved this book, and also loved his subsequent travel project, 17 years later, to take a small boat from the Atlantic to the Pacific with as little portage as possible. The book is "River Horse." Strongly recommend it!!
June 29, 2020 at 2:13 PM

Me said…
I read this years ago and just loved it! Haven’t yet read Travels with Charley so am looking forward to it. Recently enjoyed Heat-Moon’s non-fictiion “Wriiting Blue Highways” which is the back story of his writing BH.

Thanks for the tip!

Alisa said…
Susan,
Thanks for pointing that out. At some point I will circle back to "Writing Blue Highways." I like reading about process, like the "making of" for films, too. Good to know you enjoyed it. Happy reading.
-Alisa
July 3, 2020 at 10:58 AM