Books that Wander Landscapes and Wordscapes

In one of my afternoon sessions of artmaking and listening in my studio, I heard an author interview with Robert Macfarlane, speaking about his 2016 book, Landmarks. So enraptured, I put the physical book on hold at the library. He also referred to the book Home Ground: A Guide to the American Landscape, edited by Barry Lopez, managing editor Debra Gwartney, so I reserved that, too. 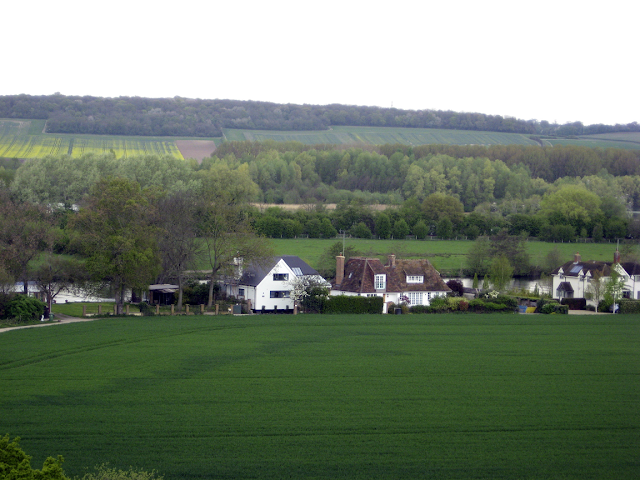 I read the intro to Landmarks with a smile. "It's a field guide to literature I love," Macfarlane writes on the first page. In that way, it reminds me of my former professor, Peter Orner's Am I Alone Here?: Notes on Living to Read and Reading to Live, a book about explorations through reading, incorporating memoir and personal stories. In addition to also being a professor of English, Macfarlane is a rock and mountain climber, a hiker, and explorer; the combination fuels his interest in language that describes the landscapes: words that call us back to worlds we humans did not make. Words still in use, words collected, and words that are disappearing as we become more focused on technology and screens, phones, and keyboards. It's not about naming and claiming, it is about opening our eyes to the worlds there in front of us, visible if we look carefully, language guiding the way. His wordplay is further proof of his love of language; it is fun to find humor in the book, concept and content linked, literary rather than observational. Overall, the word "exhilarating" forms the ground, and the concept "generalism as an enemy of wonder," (107) the bedrock. 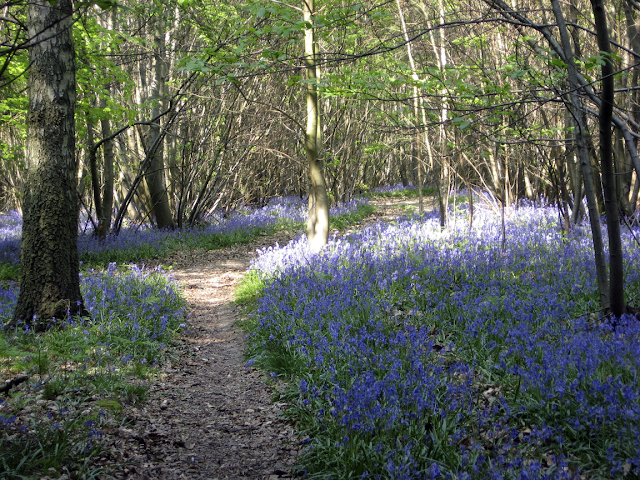 The chapter headings browse through natural occurrences such as: mountains, woods, and even the in-between area that has one foot in city and one in countryside. Within the sections Macfarlane usually revolves the narrative around a particular author, weaving in his personal connection to the place, book, or writer described. In fact, the first essay, which shines light on The Living Mountain by Nan Shepherd, is the introduction to a re-issue of her book, a book I had to purchase since I could not find it in any library.

Loving natural history writing as I do, I became hungry to read all of the books he mentioned. A sampling: Waterlog by Roger Deakin; Landings by Richard Skelton; Arctic Dreams by Barry Lopez (I think I read this); Distance and Memory by Peter Davidson; Nature Near London by Richard Jeffries; A Land by Jacquetta Hawkes; The Pebbles on the Beach by Clarence Ellis. Having already read and loved The Peregrine by J.A. Baker, to which he also devotes a chapter (brief mention in blog post here), I wondered if perhaps Macfarlane was giving too much background, summarizing too much; I was glad I had read The Peregrine before Macfarlane's essay. Macfarlane is an excellent writer and captures the spirit of his subject perfectly, so I was glad to read afterward what lay under the pages, between the lines. The backstory, so to speak. But it is obviously also spurring me forward.

Each chapter is followed by a simple and charming abstract woodcut by Jonathan Gibbs that becomes miniaturized for that section's glossary of related words. For two examples, I was enchanted by "spandle: to leave marks of wet feet or shoes on a floor (Kent); or "nuddle: to walk in a dreamy manner with head down, as if preoccupied (Suffolk)." Like sheep, perhaps? 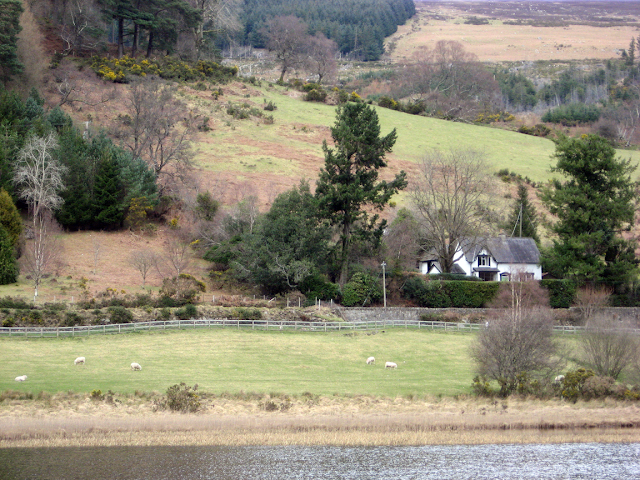 Landmarks is a wonderful book if you are a walker or simply need a new way of seeing. The book is a river with tributaries, rivulets, curls, drindles, burns, becks, and stripes (he's from the UK). Each leading outward, sweeping the reader to other books and other writers, thinkers, see-ers, and doers. Clearing away the fog. 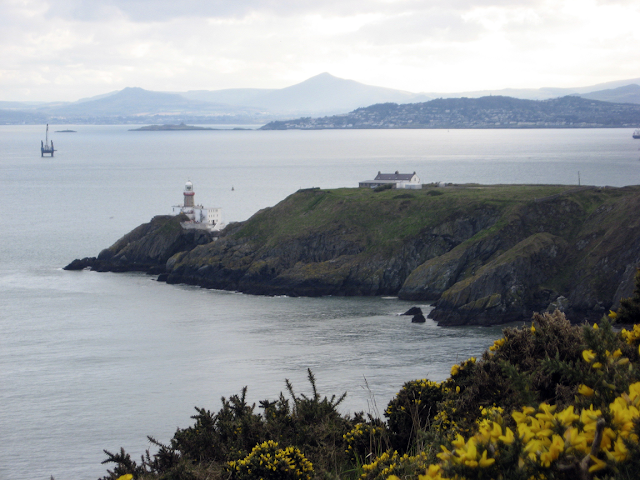 Lopez's book, Home Ground, to which Macfarlane refers, is an altogether different book. I dipped into it before Landmarks, thinking about how it would be a means to traveling the U.S. (as I continue to do from my chair). The book is large format, weighted more toward glossary and less toward story. Lopez's introduction is wonderful, and I had hoped the entries by noted writers would continue in that vein. Some do. I began to see which entries I wanted to read by the author who had written them. In a sense it was less eye-opening to me, and I don't know if that was because I had taken a couple of geography classes as an undergraduate, or because I live in the United States and am familiar with many of the terms.

I was looking for words that could be used poetically, or definitions that explained the source. The words stem from a variety of languages: Hawaiian, Spanish, Scottish, French, German, etc., and the entries do often refer to literary sources. There are so many words, though, I would have liked some cross-referencing.

But Home Ground made me think about local landforms and what we call them. I spend a day or so each week by the San Francisco Bay, an area called "Meeker Slough." The slough (usually pronounced "slew") is our case is a tidal marsh, a waterway that changes with the rising and falling of the bay and ocean water. Every time I go out there the scenery is different, the birds vary, their positions move with the water and food within it. Home Ground gives definitions for slough and marsh and swamp and bog. A swamp has trees, a marsh has grasses and bushes, a bog is made up of "decomposed vegetation" (40). The definition given for slough on page 333 is "narrow stretch of sluggish water, marsh, or soft, muddy, waterlogged ground." Good to know. 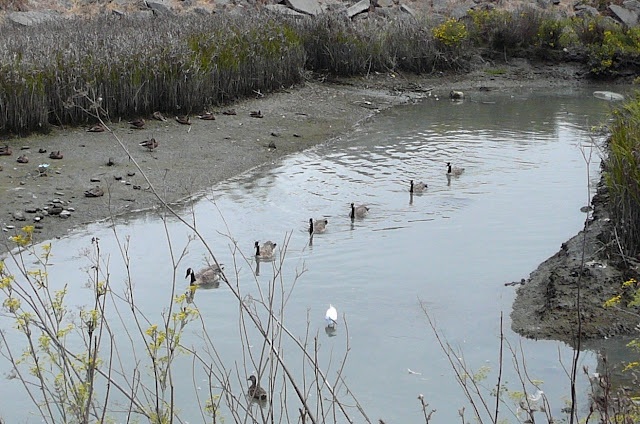 Some localisms I especially liked: "thank-you-ma'am: a bump in the road, especially at an intersection" (358); "riprap: broken rocks, large pieces of cement, human made" (301); "detroit riprap: car bodies embedded in a cutback to prevent stream erosion" (105); "kiss tank: pool of water left from the last rain" where a thirsty person or animal comes to drink (200). Home Ground also explains the derivation of "boondocks" (from the Tagalog "bundok") (43), and that a "rookery" was originally a description of tenements close together before it was used to describe a nesting site for birds (305).

I can curl up with Landmarks, but I see why Home Ground is large format, the "coffee-table style" book; it's a good book to leave visible and explore periodically. And so, I continue on my journey, forging through words, to find more new paths to travel and new ways of seeing. These two books have opened up many. Thanks for coming along. 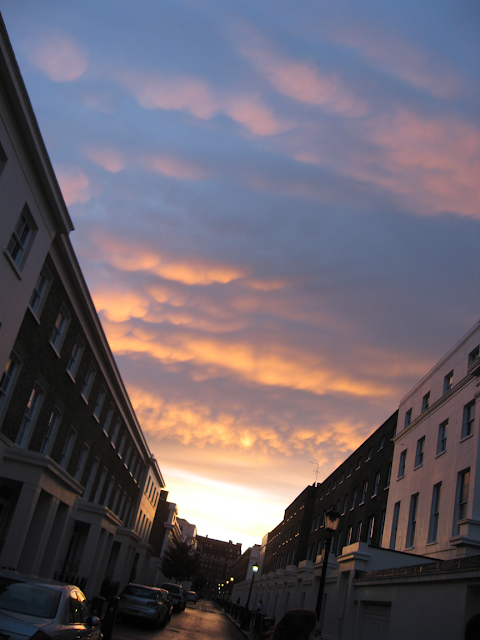 dinahmow said…
I thank you, once again, for setting my feet on the path to the library.
And a second "thank you" as, reading the library copy (brand new-purchased when I put in a reservation) of Blue Highways, I've decided to buy it.
I did the same with Deakin's "Waterlog".
You would, I'm sure, like the book which Macfarlane wrote on words which are disappearing from language.This "The Lost Words" was illustrated by Jackie Morris and has seen phenomenal success in the UK.
I do love the connections we make through language.
September 1, 2020 at 1:25 PM

Alisa said…
dinahmow—oh, good, another book to look for! I want to read "Waterlog." The concept of swimming all the waters as a way to travel a country reminds me of the short story "The Swimmer," by John Cheever, where a man decides to swim home via one swimming pool after another: "I'm swimming across the county."

taiqi said…
Thanks for the recommendations. I have Landmarks sitting right now beside my reading chair. Haven't started it yet. I have always loved Barry Lopez books also.
September 3, 2020 at 8:10 AM