I went out early for my walk today. Sometimes I like to catch a sunrise on New Year's Day, but today the sun didn't look like it was going to rise over the ridge until later, so I set out to find it. With the sun behind the ridge, the streets were still in shadow. Two crows were allopreening on a wire. The resident black phoebe was singing from a corner rooftop, California towhees were hopping about. A house wren, when it realized I had seen it, shyly hid under a car. The air was filled with woodsmoke, a cozy thought for some, but still reminded me of the fires earlier in the year.

A magnolia was coming into bloom. 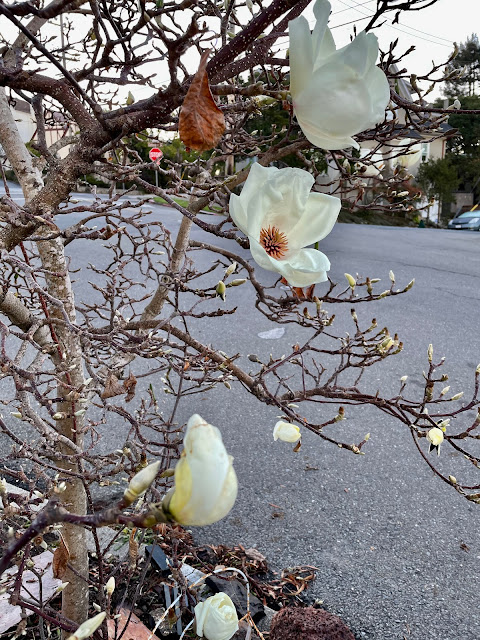 I kept searching, but the light was so diffused, nothing looked particularly spectacular. When I turned to look behind me I saw the moon. I hadn't taken a moon-tracking walk before. 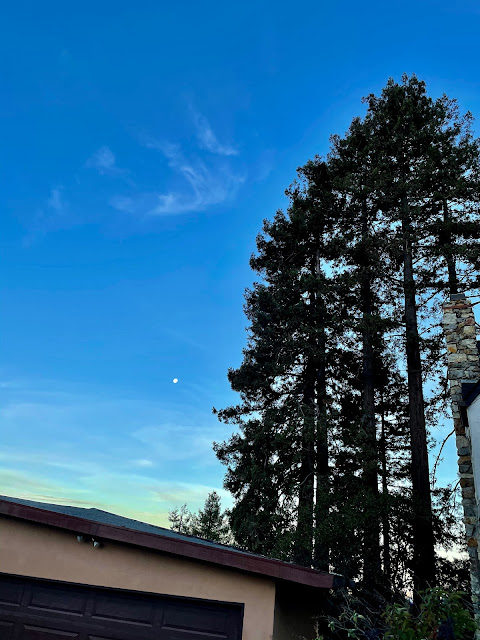 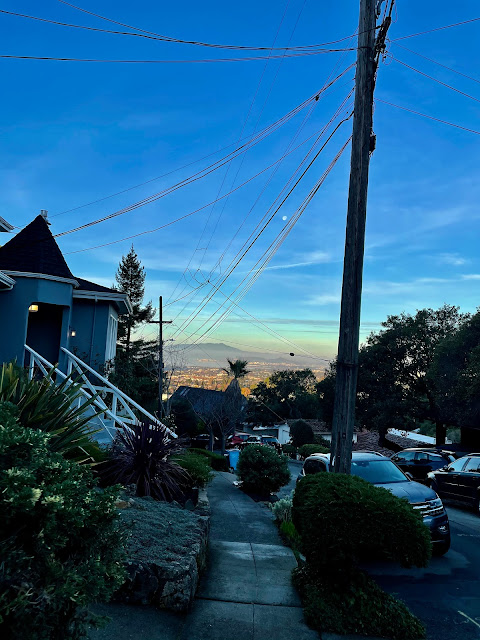 At the persimmon tree, the moon and sunlight converged. 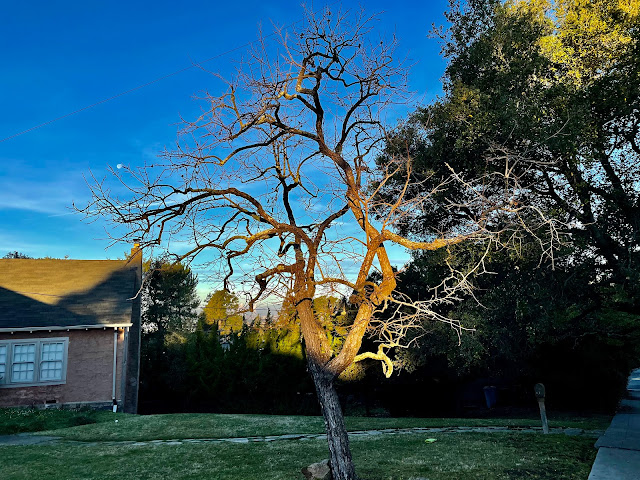 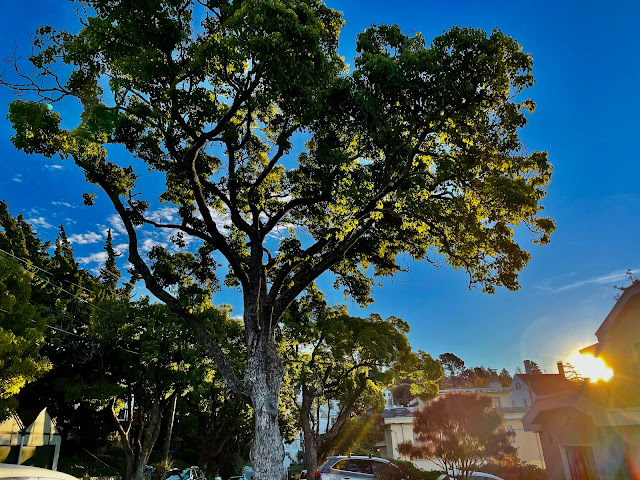 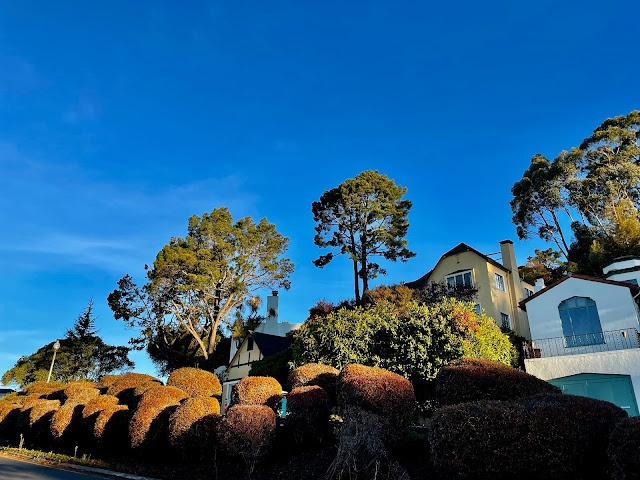 Little by little, the light unfolded. 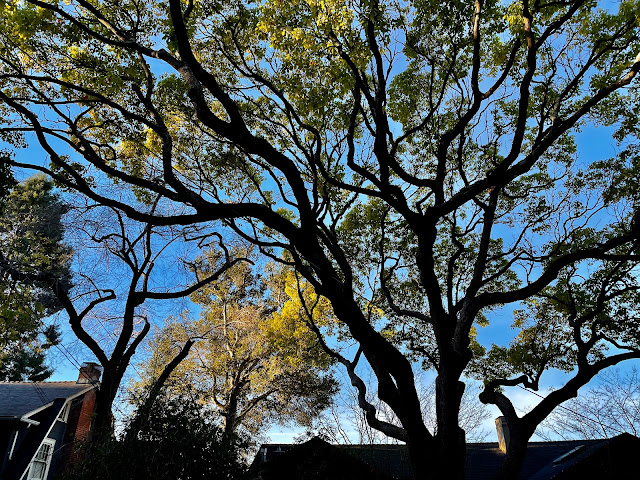 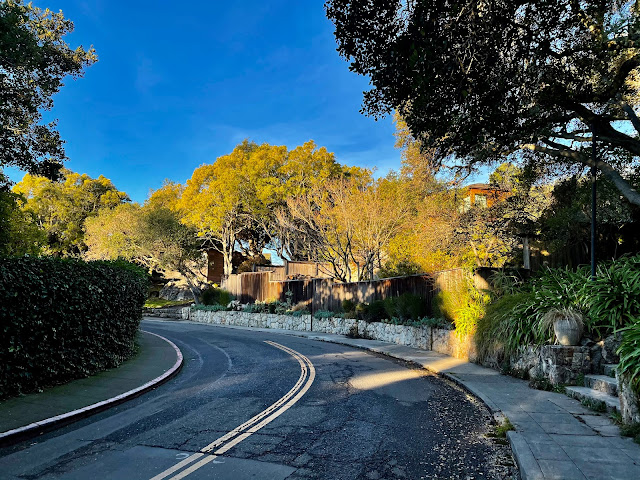 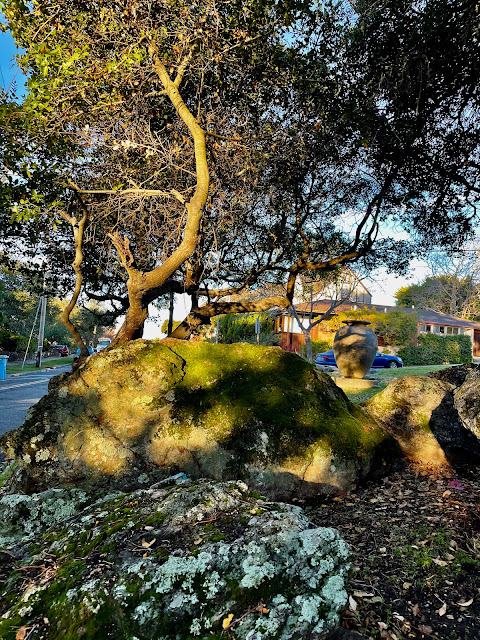 The moon was still there. 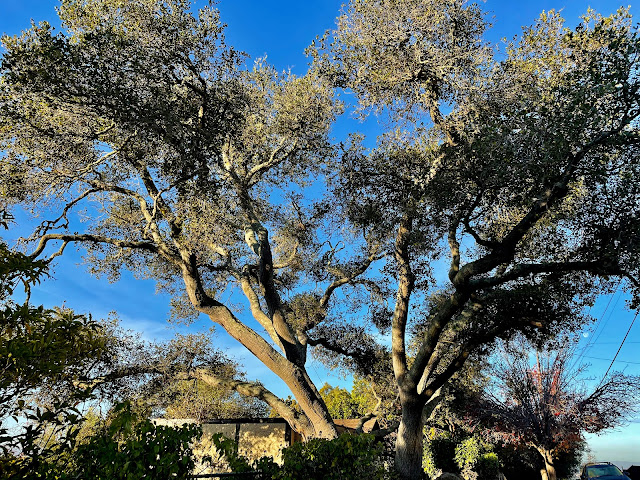 An energetic Oregon junco took an enthusiastic bath in this moss-covered birdbath the other day. The sun just touched the camphor tree. 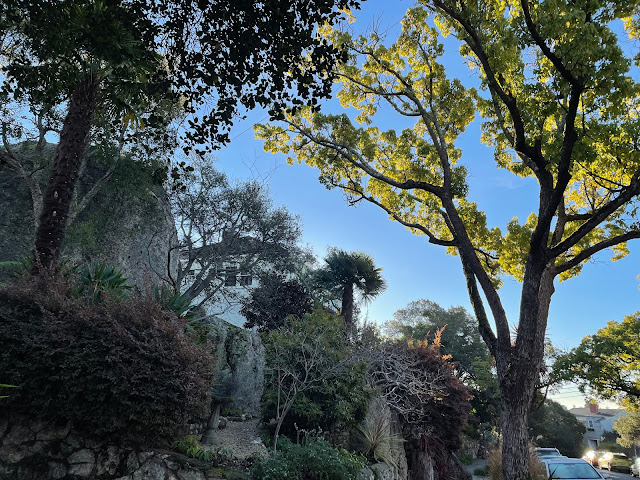 The light tickled this garage door. 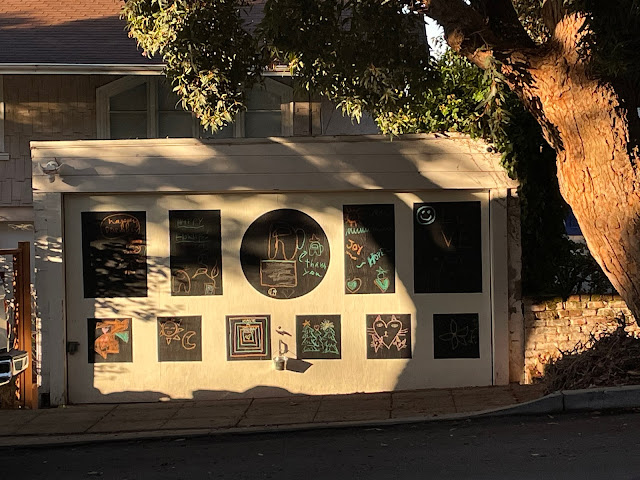 And this squirrel, in an iconic pose. 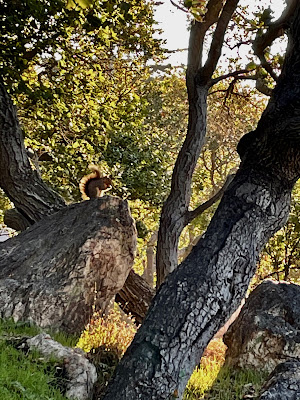 George was still lit up, wearing his seasonal garb. I once documented his costumes for a year. 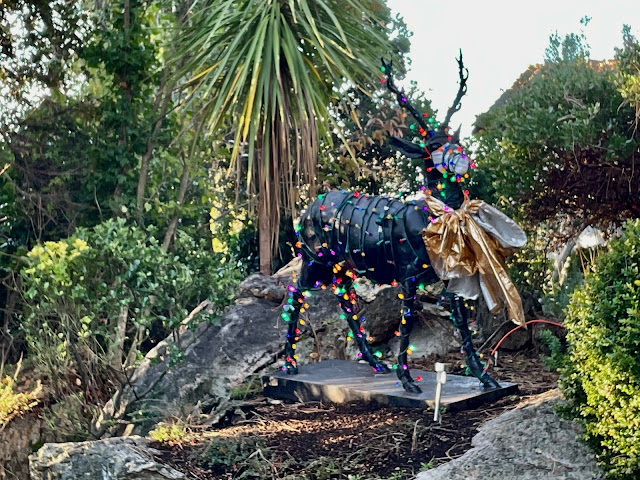 Light peeked around the ridge as I headed home. 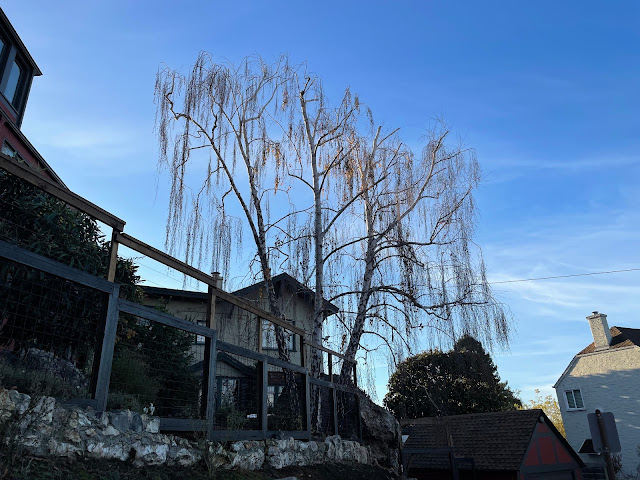 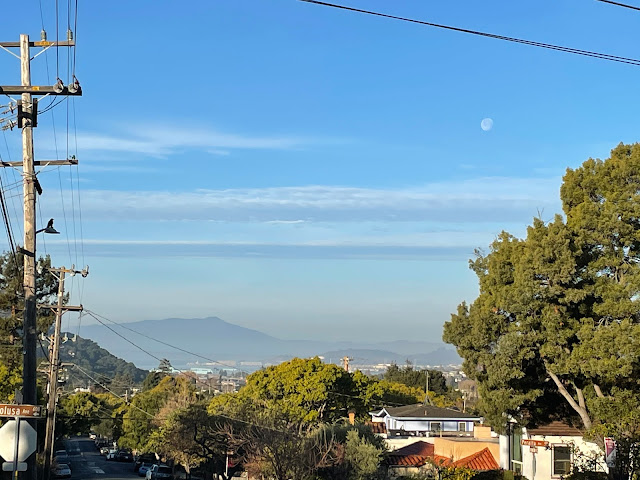 Liquidambar tree holding onto its leaves and glowing in 2021 light. Interesting how the trees catch the light, first. 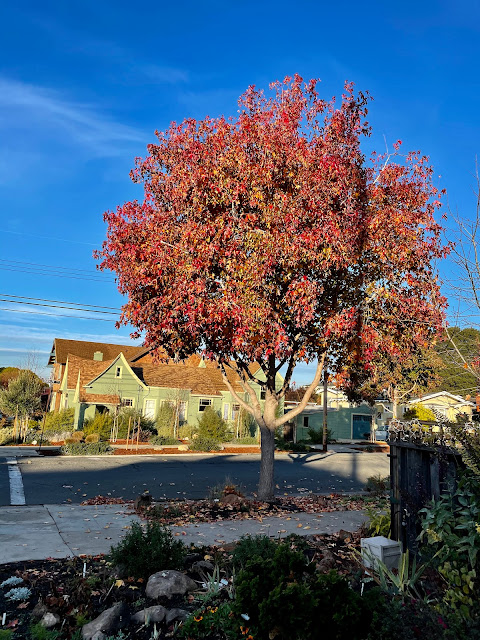