I never thought I would be writing "bone folder" and "toilet paper tube" in the same sentence, but here it is. In preparation for spring, I ordered some flower seeds; the backs of the packages say to plant outdoors only after the evening temperatures are above fifty degrees Fahrenheit. I would have to wait.

Meanwhile, among the noise online I found a video on how to make seedling planters out of toilet paper tubes; believe it or not, there are dozens of them. No joke! The reuse of something I would have to recycle anyway, and the paper craft aspect, not to mention the freedom to start plants indoors, prompted me to seize my prey when it was spent. 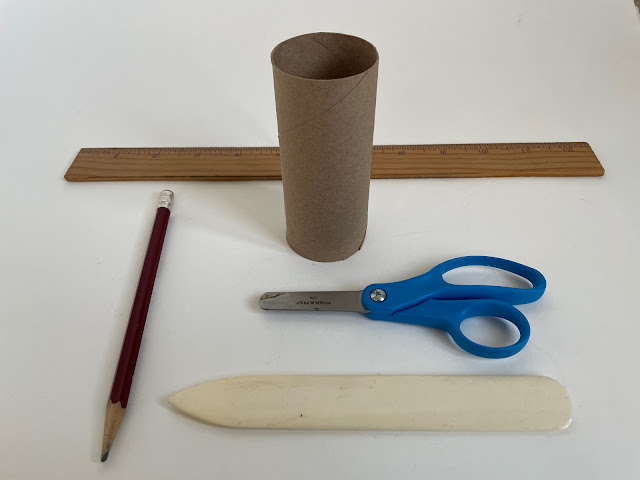 Flatten the tube and crease well. 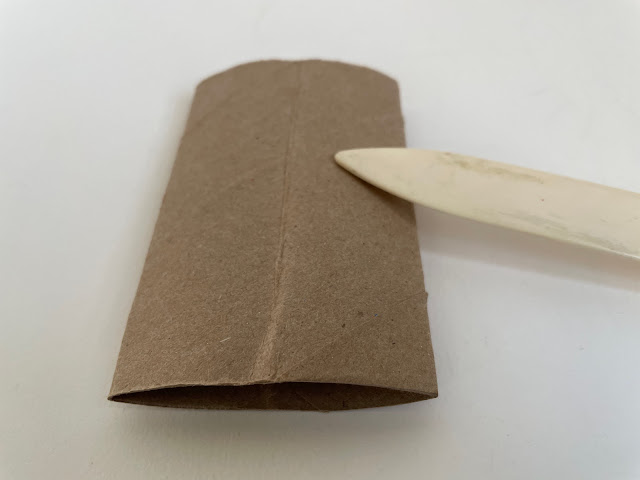 Match the first creases and flatten and crease again. 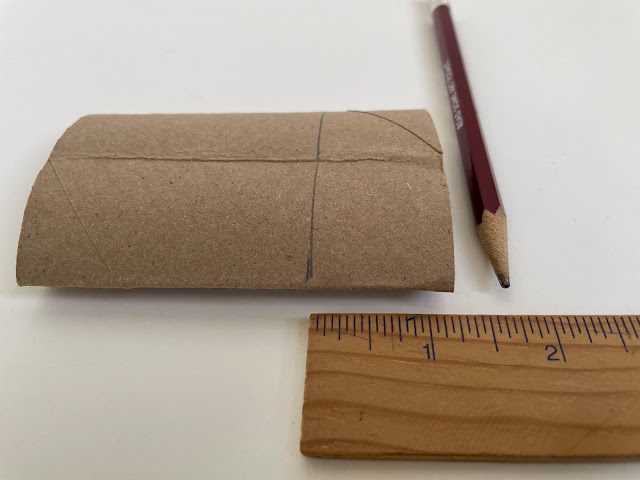 Measure and mark up 1.25 inches (3 cm) from one open end and draw a line to connect the marks. 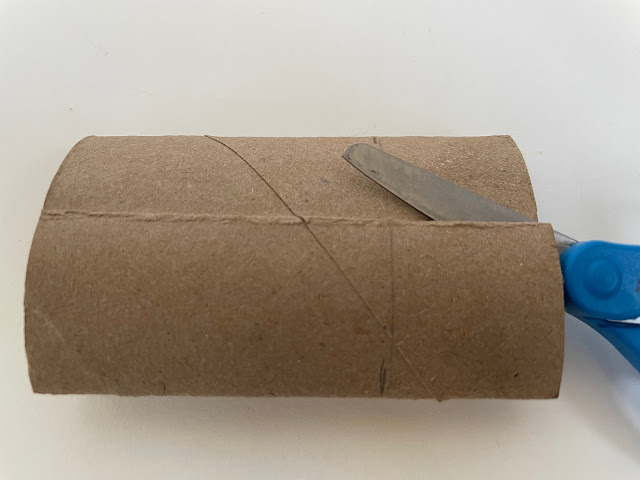 Cut up along each of the four creases and stop at the line. 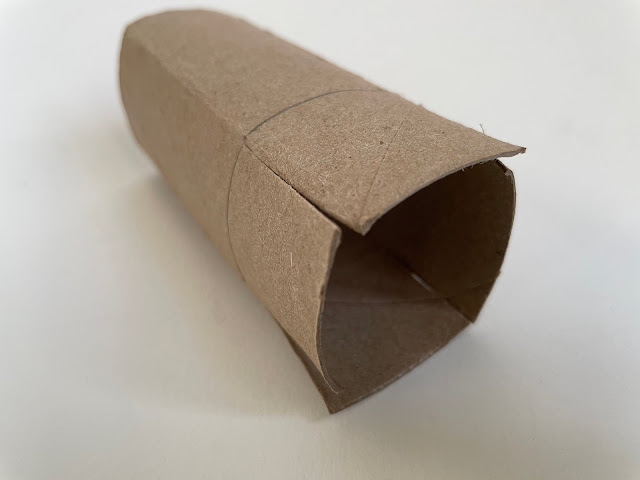 You now have four flaps. 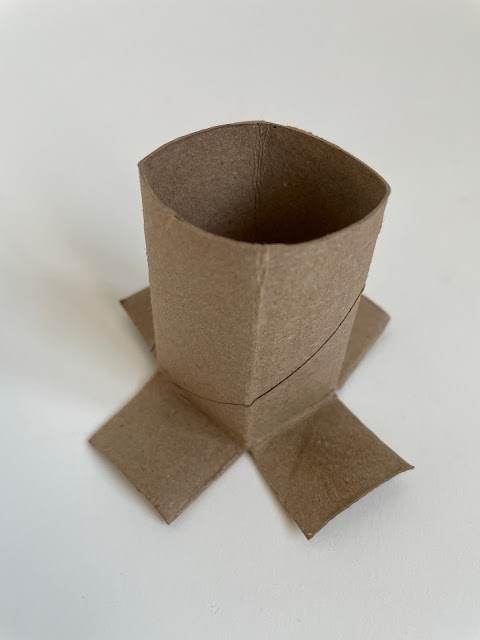 Bend each of the four flaps (so you have folds along the line you drew previously). 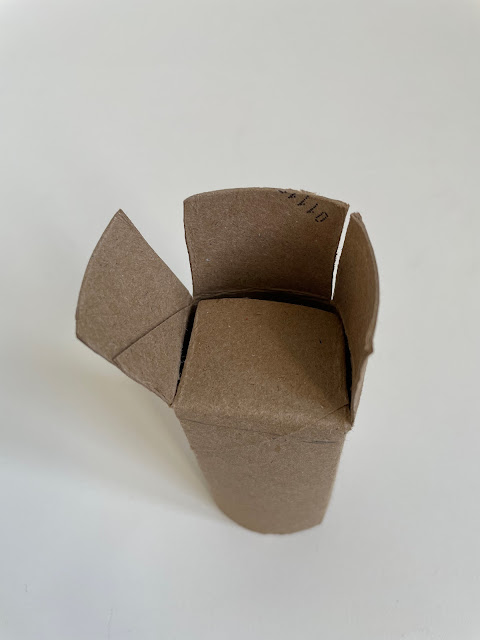 Fold each flap in, layering them one atop the next. 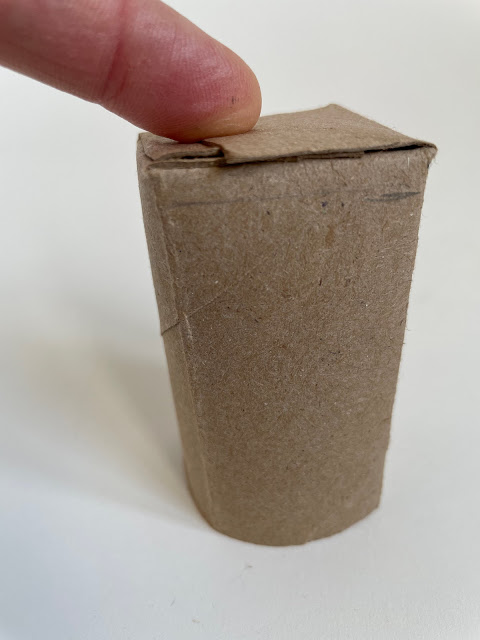 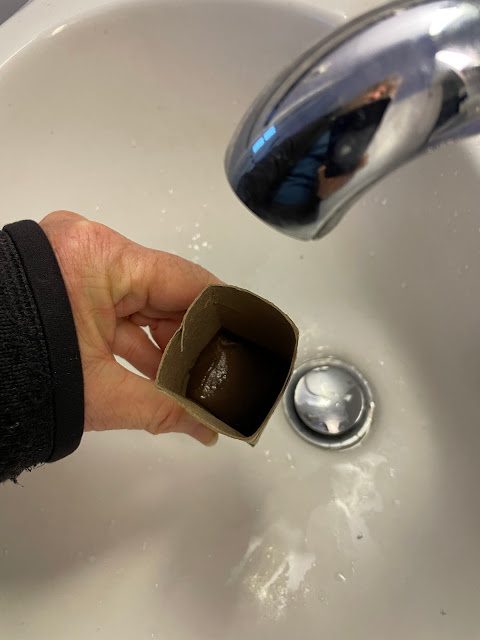 While holding the flaps closed, flip the tube over so the open end faces you. Pour in or fill the tube with the equivalent of a tablespoon or two of water to thoroughly moisten all the flaps. 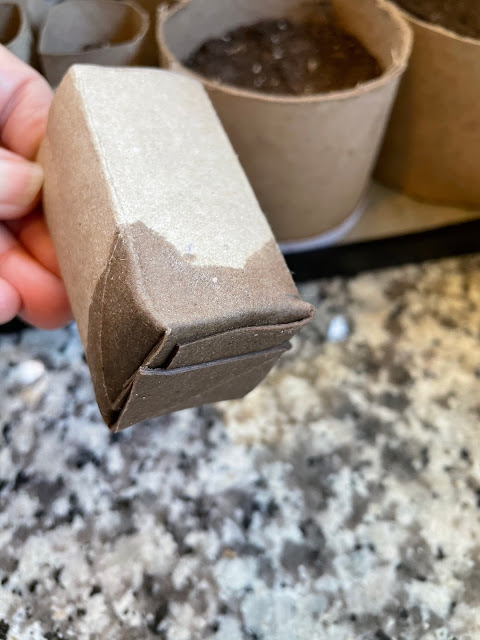 The tube/box will start to hold together. You can crease the tube to make it more square, if you like. 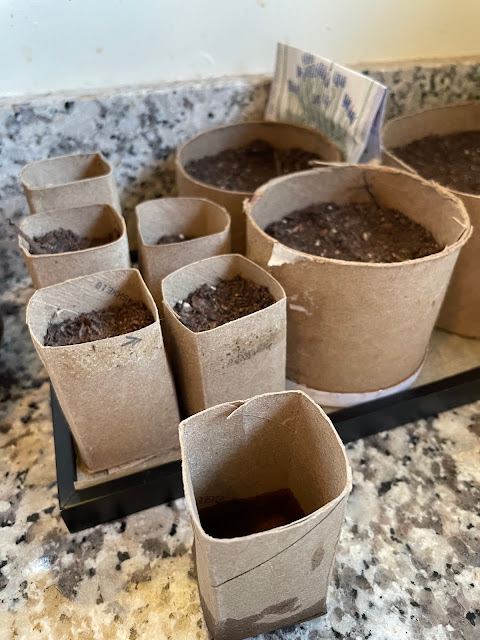 Let dry on a flat surface. Fill with potting soil, and plant 2-3 seeds in each!
The house is full of potential, and I'm looking at mundane objects with a different eye. Half of a salt container, the bottom quarter of an oatmeal box, and a paper towel tube divided into thirds all worked very well for the seedling starters.
When I was five, I used to receive a "scrap-craft" magazine, Pack-O-Fun, that took pride in the "beautiful" projects one could make from simple household items. This seedling planter fits right in, although Edna Clapper, the editor*, would probably decorate it first with aluminum foil. You could definitely do that. ; ) 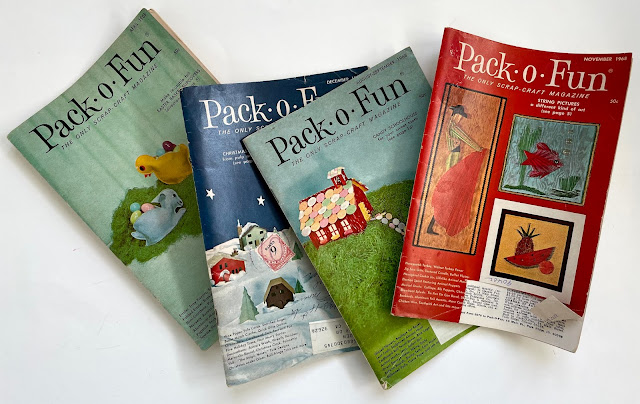 I may have tried one or two of the crafts; I was really too young to understand the instructions. For whatever reason, I kept the magazines anyway. 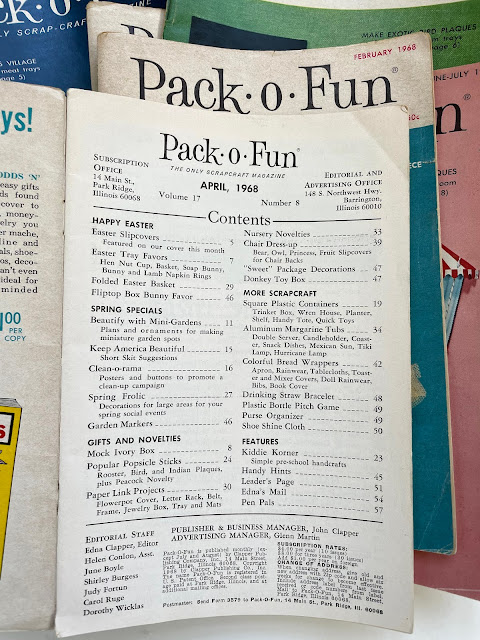 Full circle?
*I found a little tribute to the Clappers, who started the magazine here.

Gina said…
Oh, such fun! And then when you plant them, the cardboard tubes will deteriorate and compost naturally. Thank you for sharing.
April 2, 2021 at 6:00 AM