Art Quilt: At the Curb

As the moss green dye became weaker, the last cloth I crumpled into it came out mostly yellow with a hint of green, not a color I would normally choose. But, as I have noted before, I like a challenge. What could the color represent? I had no clue. On a spring walk, after noticing the daffodils springing up, I got it. It was going to be titled, "Daffodils at the Curb." But, like most art projects, it evolved. And then it needed a poem. The poem came on a walk at the end, and was originally a little longer, but as I stitched it accepted an edit, much like when I used to spend time setting metal type by hand, paying close attention to every word, every letter. Every word had to count. I felt that the edit, while it compressed the poem, expanded the subject. 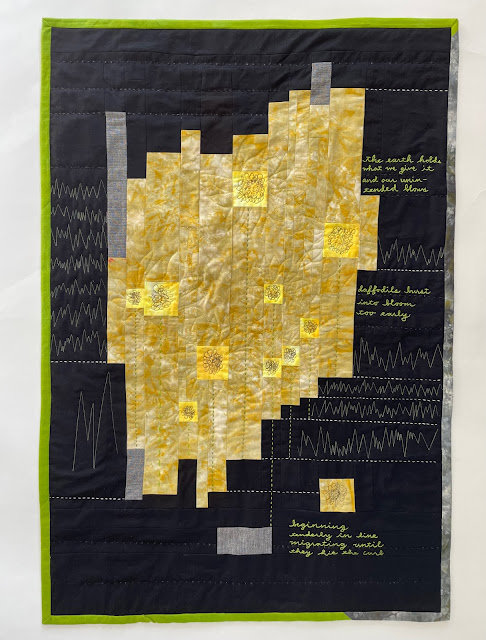 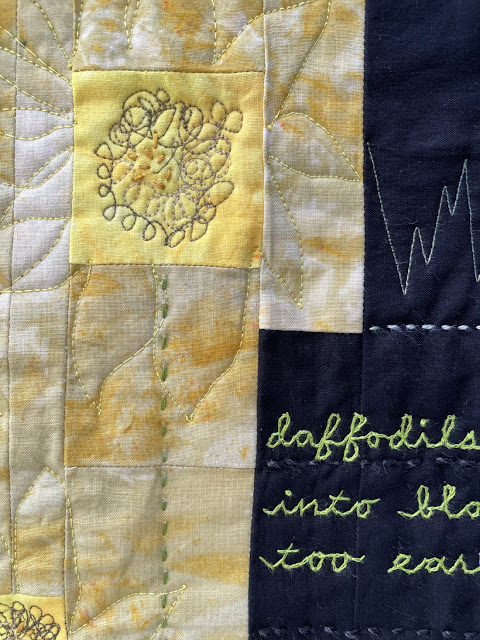 The binding is made from previous dye days, one of Lime Squeeze and another a crumple dye of Sage Green.
Here's the back. 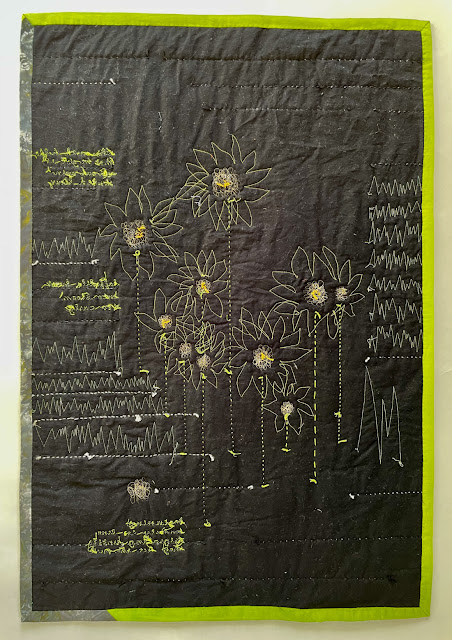 SKETCHBOOK
The first image came to me. I sketched it.
I liked the idea of laying out some big color areas first.
I stacked strips of the crumpled yellow-green with solid black above and beneath.
I had some Lemon Yellow from a different dye day to add as squares, varying the look of the strips. 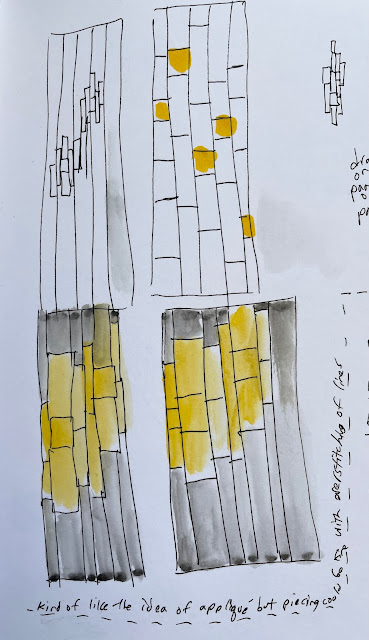 I began thinking of how I could use line in an integrated way.
free-motion spirals? scribble zigzags? running stitch? sashiko pattern? embroidered symbols? So many possibilities. 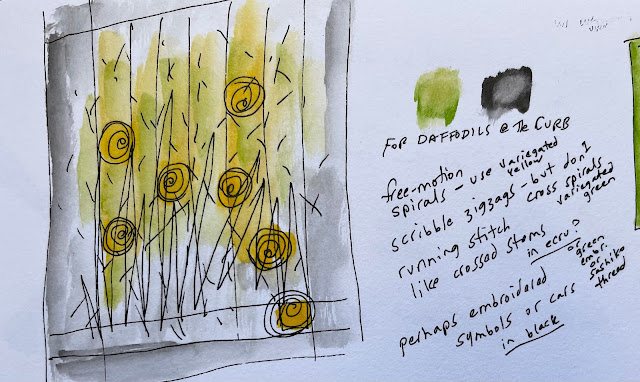 Some of the final ideas are presented in the sketches, but I really did not know where it would end up.
Daffodils on my mind.
During the project, Trader Joe's offered daffodils for sale. These were drawn from those after the quilt (and the flowers) were nearly done. 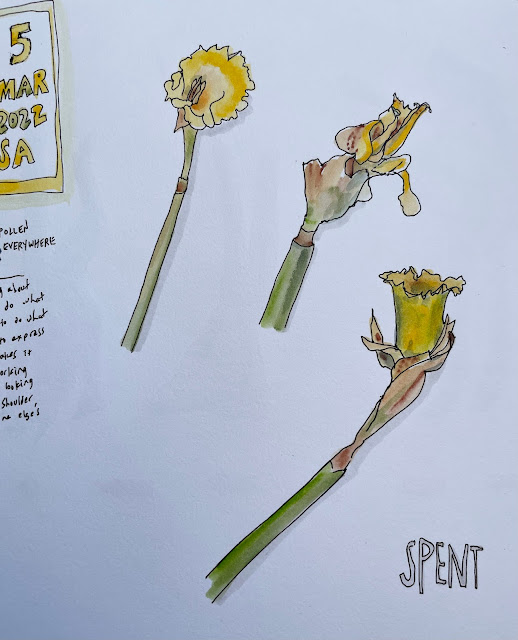