Pi Day and Round Quilts

3.14. It's Pi Day! From what I've read, Larry Shaw founded the holiday in 1988 here in San Francisco. We love Pi Day because it is an excuse to bake a pie, never mind the math. I take that back. In a minute I'll tell you why. Dragons in the Canopy is my round quilt, which followed after the hole cut out from Wind Song became a hot pad for the table. I discovered that binding the edges of a circle was pretty straightforward; binding around the curve is no different, really, than other bindings. I just needed to pay attention, which is useful in all cases. Bonus: no corners.

For Dragons in the Canopy, rather than taking my flexible tape measure around the circle to figure out how much material length I would need to bind it, my shower moment said, "Pi R Squared," but no, that was the area of a circle. "2 Pi R!" Two times Pi (3.14159) times the radius!" (at that point the radius was 17.5 inches). 109.95 or 110 inches, plus a little extra for ease of working.

Up until that moment I had never used that formula that I had learned in high school. So, this year, I am celebrating Pi Day with appreciation for more than just dessert. 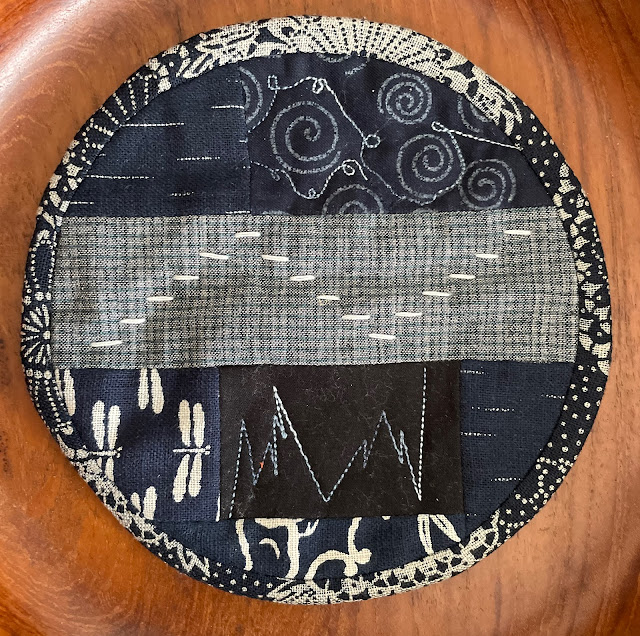