December 03, 2019
The weather is getting colder, and it isn't conducive to ice-dyeing outside, so I am working with some of the other techniques, particularly tie-dyeing with thread. I tried out the Ultraviolet color, one I had bought when it was the Pantone color for year 2018 and just hadn't needed yet. A very rich purple, to start.

The soda ash was dried into the fabric from the stamping experiment, and I hadn't yet washed it out. How would it overdye? Turns out, the stamping wasn't dark enough, and most of the design washed out after the overdyeing (this is the darker cloth). But that's okay. It's all an experiment. I like the crumpled look, and noticed that just leaving it, air bubbles and all, creates an interesting effect. Second cloth was also crumpled. The third cloth, dyed when the color was weakest; I used the clothespins as a resist again, this time just in a line on a pleated cloth. In this batch, for the lighter two fabrics, I added the soda ash to the dye bath at the end. 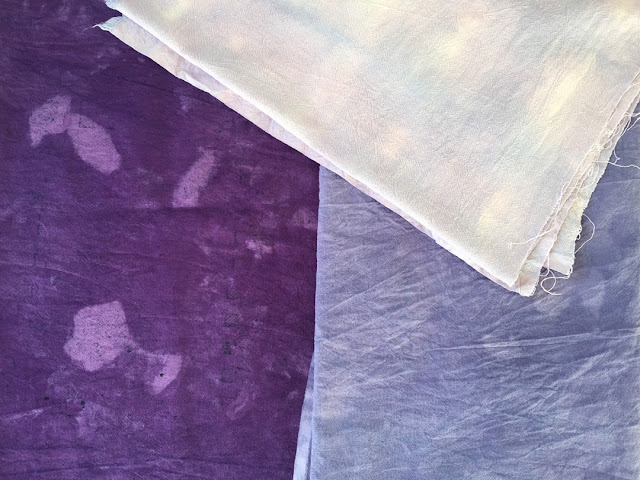 Dharma's Brazil Nut turns out to be the exact color of brown I had in mind: treelike, a cool brown, a color I was not able to get with tea or coffee dyeing. I went back to soaking wet cloth in a soda ash solution before putting it in the dye bath, and I like this technique better. I also noticed that I can completely dissolve the soda ash in hot water by itself first, whereas it doesn't seem to dissolve well in my dye bath, probably a temperature thing, but at that point, short of heating up the whole tub, I don't see a way around that.

The larger, darker one was just crumpled. The lighter one I first stamped with a twig and the Color Magnet and it let dry before dyeing. The very lightest was another overdye of the stamping from earlier. I don't particularly like the color, although I could cut it up and use it with the others. This time, I first washed out the soda ash and excess stamping dye, then re-soaked it in the soda ash solution. 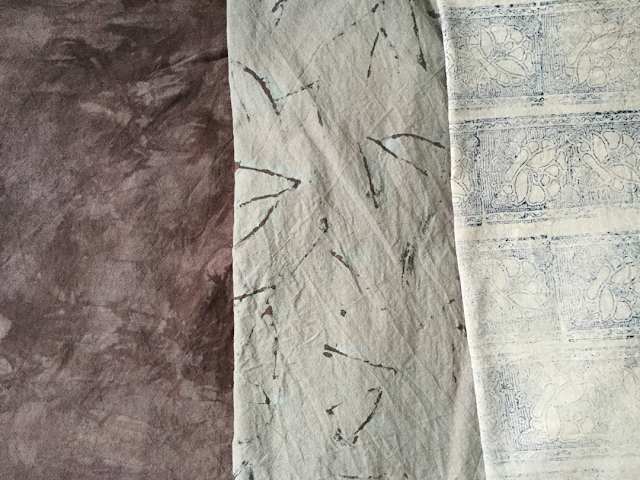 The long one was accordion pleated, then tied with thread. 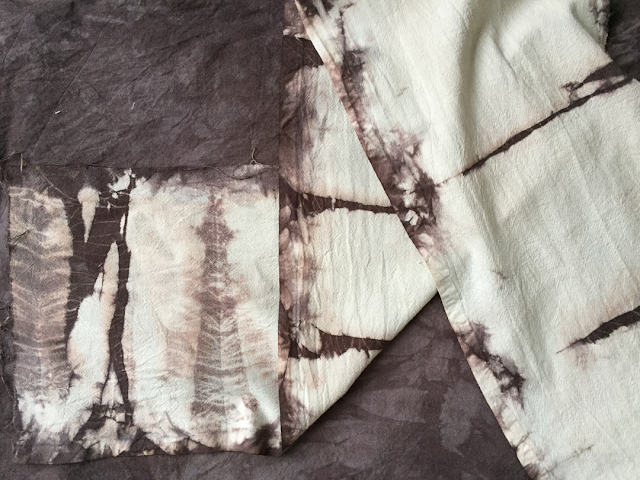 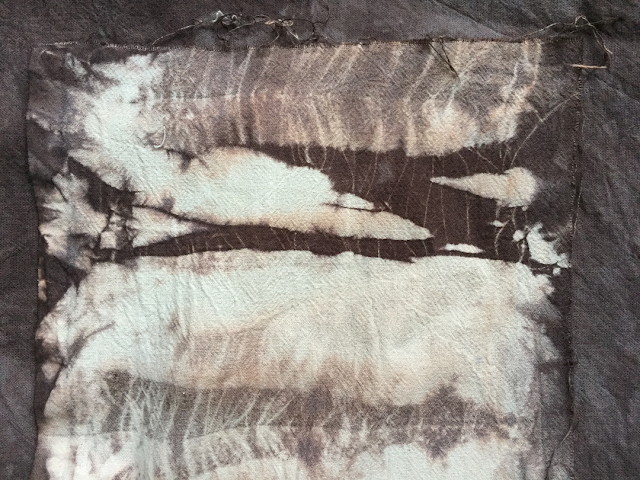 For the other large one I tied a marble in the center with thread, then gathered and tied from the center outward, like tree rings. One area worked particularly well. I think in the future I will use thinner strips so I can get more dye to show. 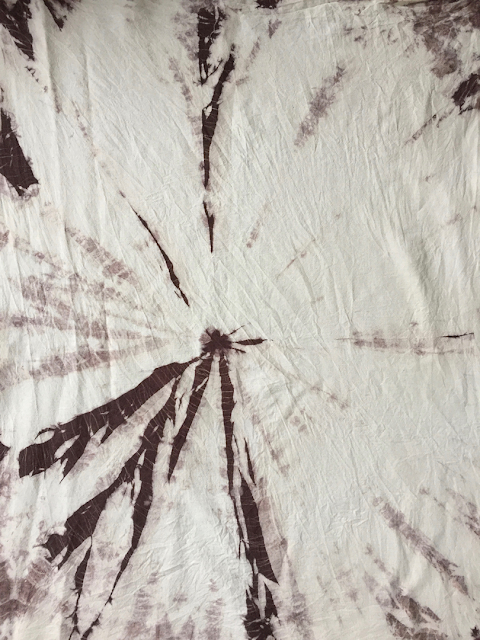 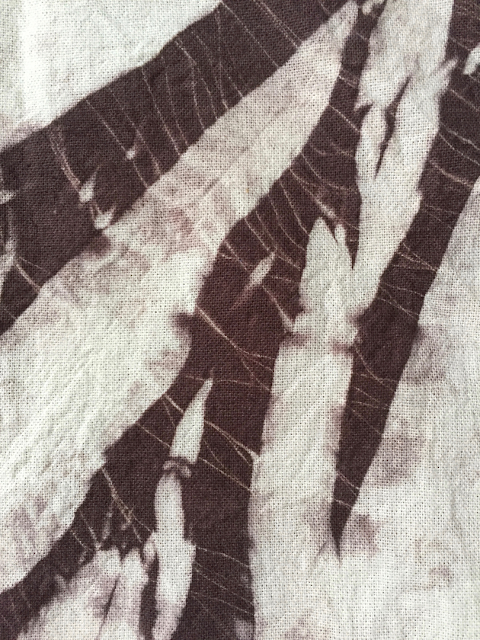 Another experimental interlude between larger projects. Probably time to sew some of them together. I'm finding that dyeing and printing are good to do in warmer months. The seasons shape the projects: gather materials in the spring and summer (and fall) to stock up for the winter.
color craft creative process design materials textiles thread