January 12, 2020
In progress or put on the back burner for many months now, the quilt I knew would be called "Wavelength" is finally done. I'm not sure why it kept stalling out—other quilts and projects were completed while it sat by itself—but possibly because I started with cloth I had tie-dyed, pieced it together, and liked it just as it was. Perhaps I should have just embraced the cloth and kept it simple, but something kept pushing me forward. The work ended up going in a different direction on a very bumpy road. 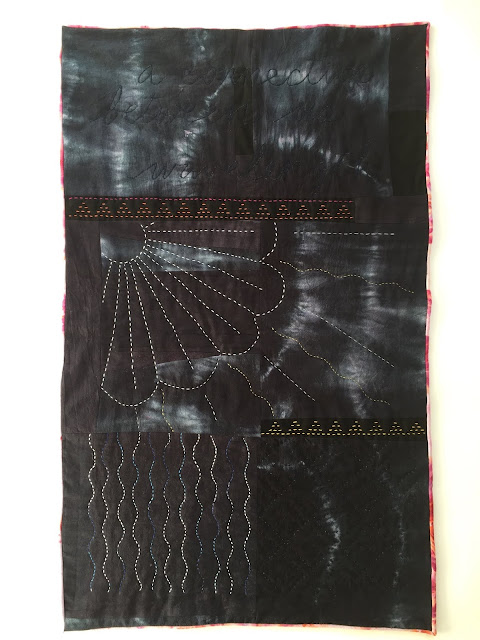 Wavelength. I began the quilt in July 2019. I had the idea that it would be about friendship. Seems obscure now, I suppose. I embroidered the colorful fish scale sashiko stitch first (you know, waves, fish…).

Then the intermittent diamond sashiko waves at lower right, dark on dark, the beginning of August. 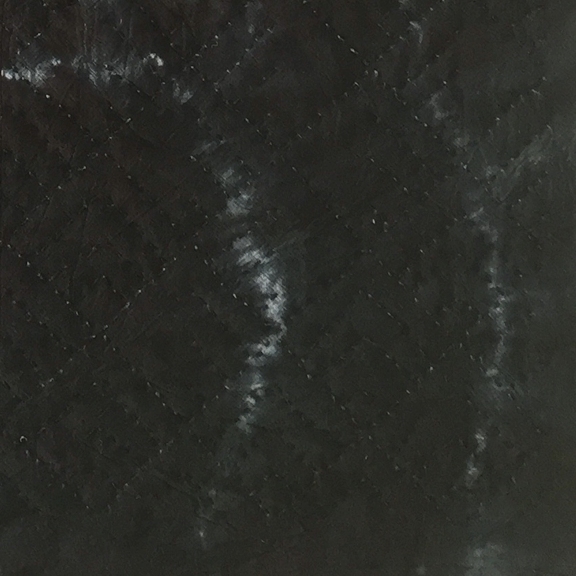 I left the quilt as I finished up my artist book Vulture and began getting ready for my exhibit, Birds of the Book. After October, I combed through Susan Briscoe's sashiko book over and over, and decided on the rising steam pattern for lower left. It was fun working with the variegated thread. 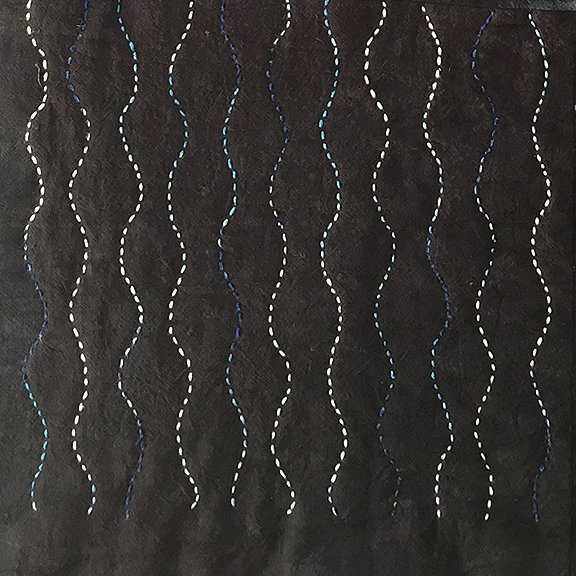 Time passed. Back to the sashiko book and got a sun/blossom idea, warmth radiating outward. At the beginning of December, all was stitched except the top section. 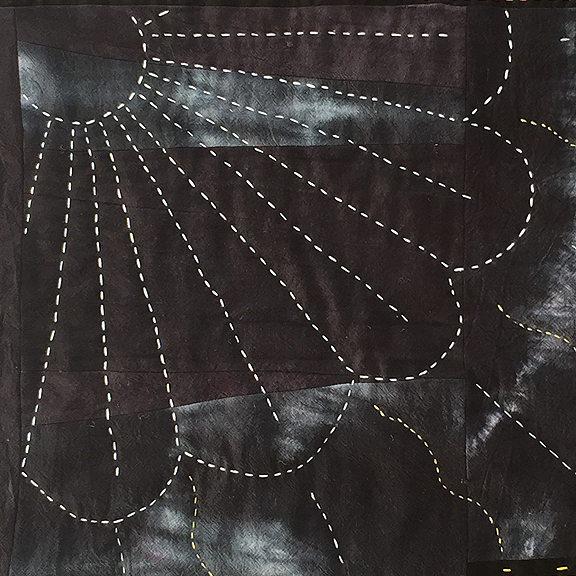 In January 2020, finally, the words came to me, and I embroidered: "a connection between us: wavelength" at the top in the abyssal blue sashiko Daruma thread I like. 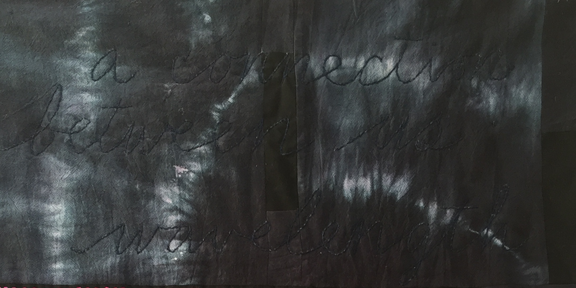 Binding time. I pictured a colorful border and rummaged through scraps for bright patterns. Not satisfied. But I decided the ice dye I had done in maroon, which turned orange, red, and pink would be just right. I cut it into 3" strips and joined them. 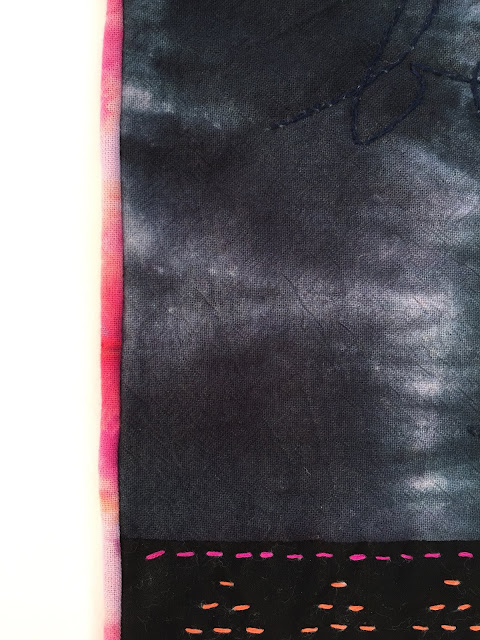 I learned that sometimes improvisation is not always the best course. It can be an engaging process, though, under certain circumstances. Anyway, I will continue to think about how much I need to shape an idea before I begin, and I welcome the surprises that improvisation will bring in the future.
art craft creative process embroidery learning quilt sashiko seeing sewing textiles