I wasn't always an owl person, or an identifiable bird person, for that matter. But once I was introduced to an owl in my neighborhood, I was smitten. I made a one-of-a-kind book-box in 2018, inspired by the owl, shown here. Later, a relative of that barn owl appeared even closer to my house, which delighted me greatly. My creative nonfiction piece "The Hidden Owl" was published last May 2020 in Journal of Compressed Creative Arts, which caused me to take a look again at owls.

Thirty-six hidden righteous people, Lamed Vavniks, are discussed in mystical Judaism, so as a beginning constraint, I would make my owl in a grid of thirty-six by thirty-six. My calculator told me that would be 1296 squares. In November, I pulled out all my fabric. 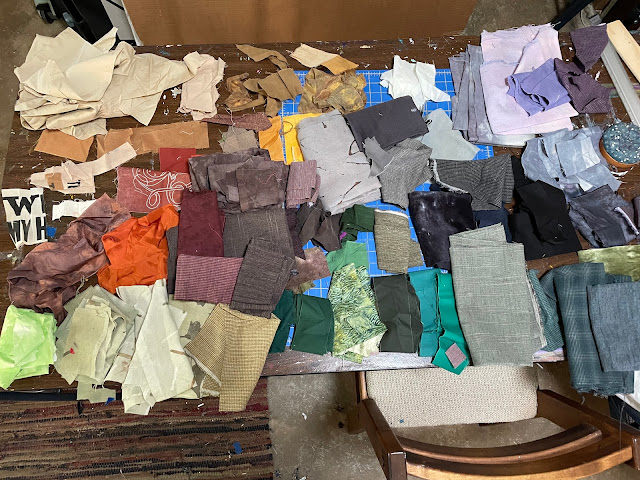 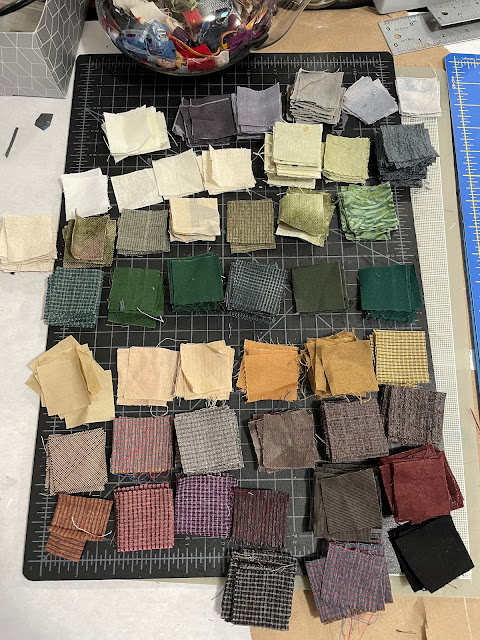 and stuck them to the batting. 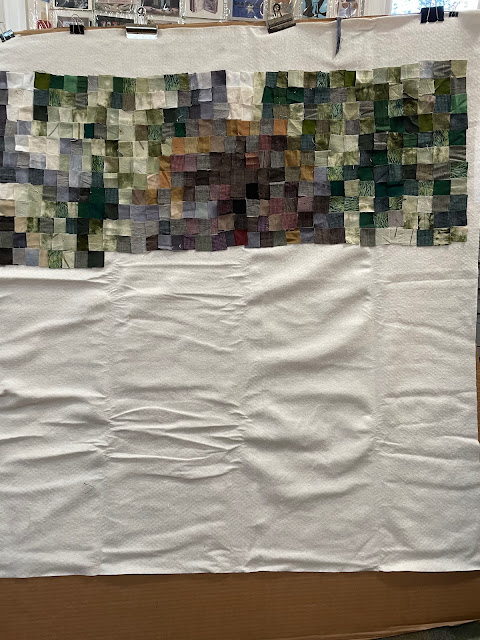 And bit by bit 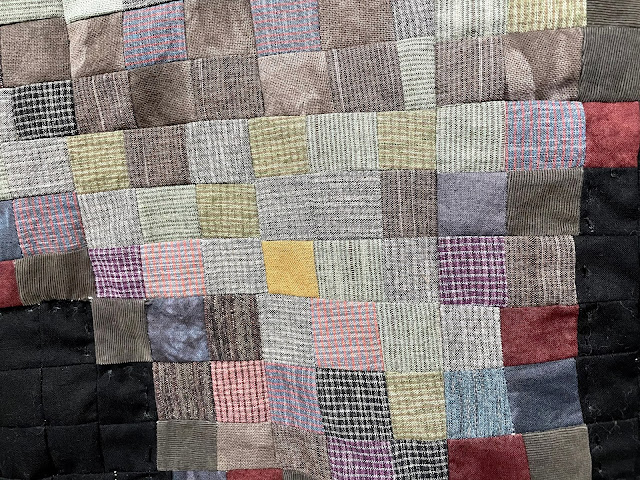 I sewed them vaguely into nine patches, 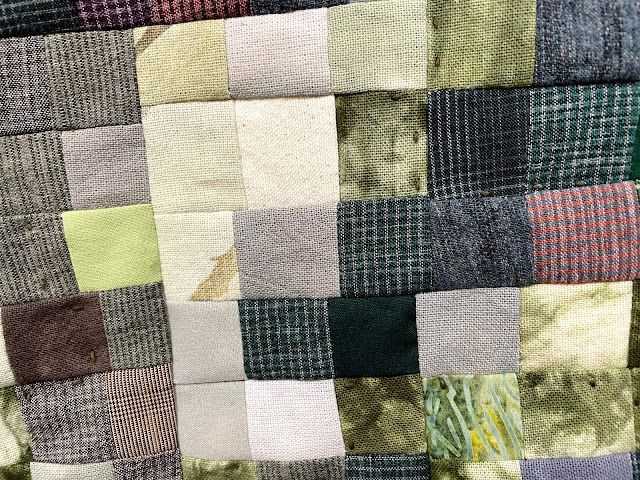 which became a picture. 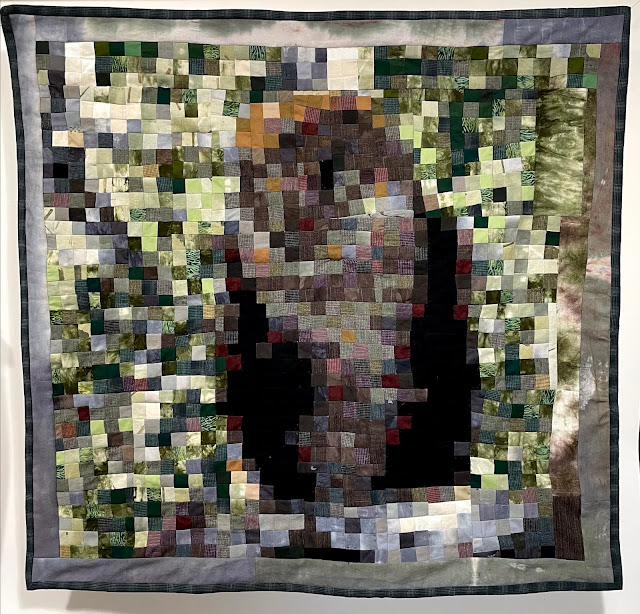 It turns out she stays hidden unless you look at a small photo of her or observe her from fifty feet away. 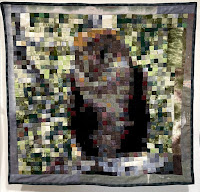