After creating a postcard honoring Ruth Asawa, inspired by the U.S. postage stamps, which I mailed out and also posted at nevermindtheart, I got to thinking about other stamps. Last year I read several books that featured octopuses (yes, that is the plural), and was captivated by the wonderful and moving documentary, My Octopus Teacher, so the octopus was on my mind. Bioluminescent sea creatures, including an octopus, were featured on some stamps several years ago, and I became obsessed and had to find them, which I did, on Etsy, as it turned out.

Except instead of mail art and using the stamps, I made a quilt. I'll say "a quilt, first," since the stamps will produce something eventually. I thought I was going to use a lot of glow-in-the-dark paint, which I ordered especially for this project, but I liked the white thread too much to paint much of it light blue. For the other materials, having just read through the books about boro, I felt compelled to use denim. 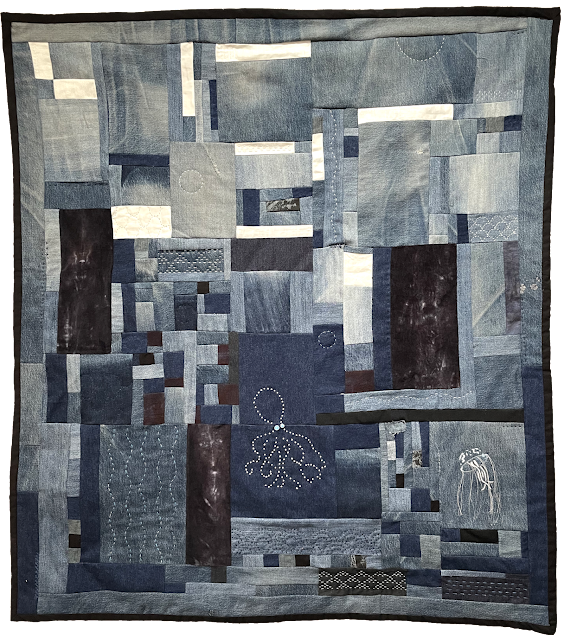 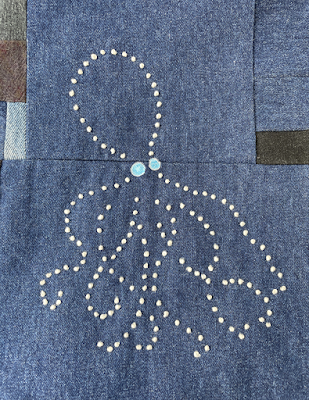 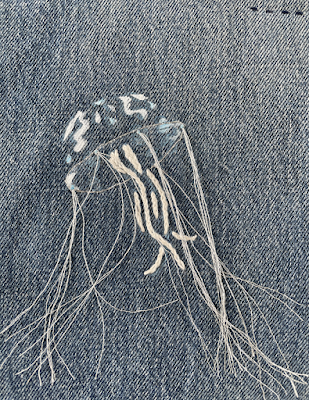 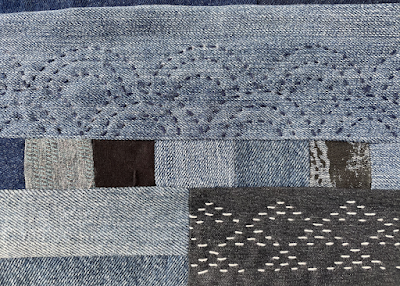 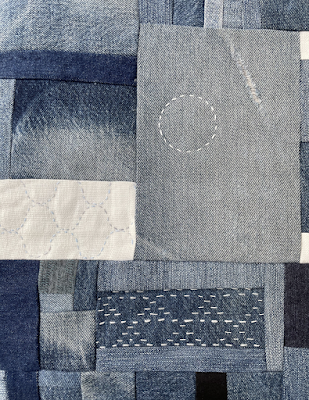 sashiko stitching pattern on the white is called, "fishing nets."
I also used the "rising steam" stitching pattern.
I like the fact that the creatures deep beneath the sea generate their own light. I am sure there is a poem in that light.