Birds of the Bible: Raven

August 06, 2019
After learning that the raven was the first bird Noah sent out of the ark, preceding the dove, I had questions. If ravens mate for life, what happened to the mate? What did the raven do besides return and fly "to and fro?" Raven was the bird I knew I would explore when I turned in my proposal to create book art around "Birds in the Bible" for the Anolic Family Award. Quail was the first book of three that I completed, which you can see here.

I began with the Japanese marbling technique, suminagashi,  on the background mulberry paper, which I wrote about here.

There's a raven nest camera mounted outside a store in Iceland that I was alerted to by one of my fellow Osprey nest camera watchers, so I studied the ravens in motion and close up, when possible. At first I wanted to print the babies when they were young because their red mouths are such a good contrast against the black, but the book didn't want that. So I did a reduction print from a screenshot of the juveniles, a few days before they fledged and disappeared from view for good, which was the beginning of June. I set the biblical verse in Hebrew and English. Machine-sewed with variegated rainbow thread and a leaf pattern to attach the mulberry paper to the front and back title pages. 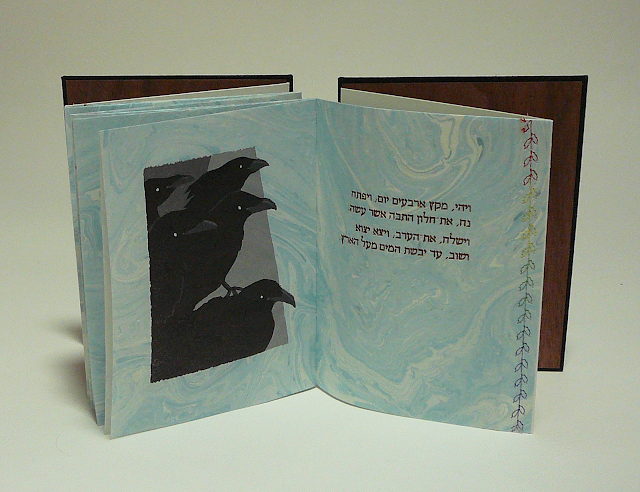 I carved other linoleum blocks and printed the ravens in dark blue-black and overprinted in black with some black pigmented mica powder for a subtle sheen. 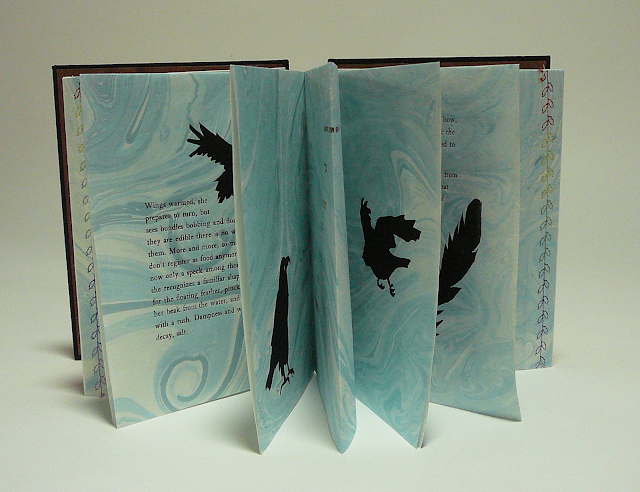 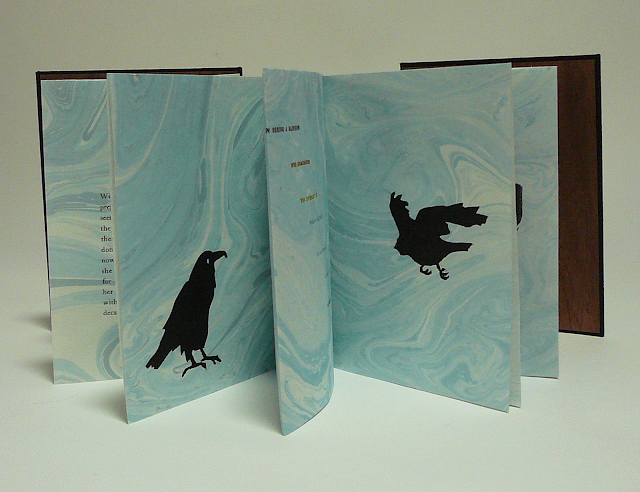 The book is covered with black book cloth and has recesses like windowpanes that show the raven outside. Or inside, depending how you like to look at it. 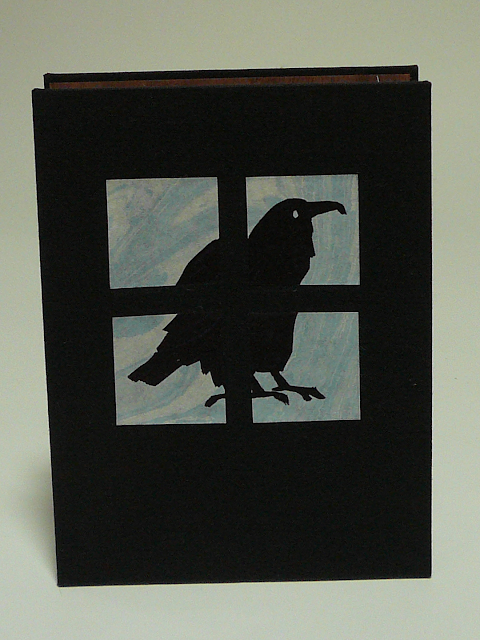 I chose walnut Paperwood endpapers to represent the ark, and printed a few elements in brown.

The center mountain fold is letterpress printed in both English and Hebrew in rainbow colors with part of the Jewish prayer said upon seeing a rainbow. 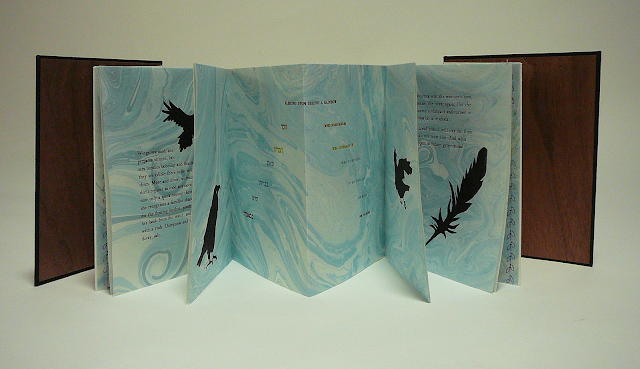 The first section is about the raven and what she sees in the world. The second section is also from her point of view, this time written in first person, and looking at Noah as well. Signatures sewn with sashiko thread, about which I wrote about here. 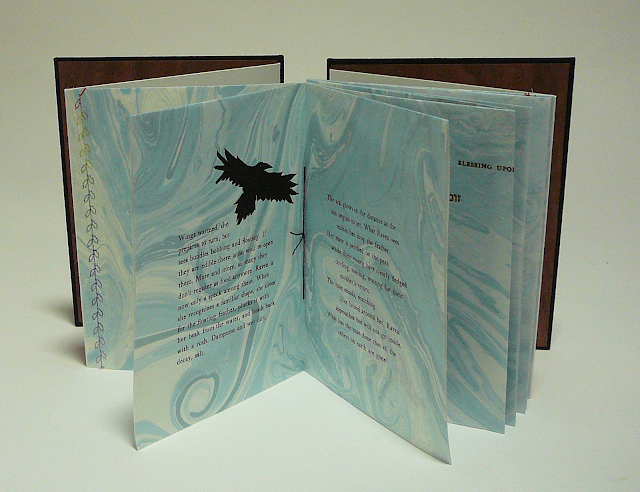 The pronunciation of raven in Hebrew is "oh-RAVE." Edition of 18. There will be slipcovers, black with a strip of the walnut Paperwood. $650.00. 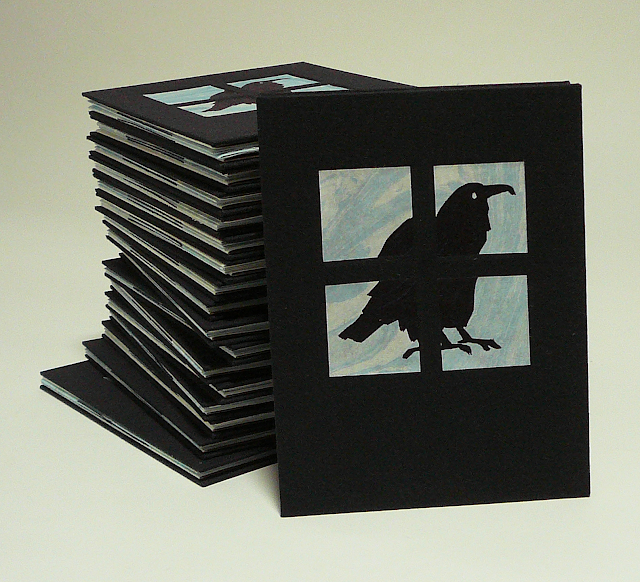