Still considering the concept of animals hidden in the world that need our care, I sewed the latest, The Hidden Parrot. When I taught at San Francisco Art Institute in the early 2000s I was enchanted by the wild parrots, which I found out later were featured in a book by Mark Bittner, The Wild Parrots of Telegraph Hill: A Love Story . . . with Wings (Amazon link) and then in a documentary film about him and them by Judy Irving, The Wild Parrots of Telegraph Hill (Amazon link). Bittner, a homeless musician, began feeding and caring for the parrots, who came to trust him and his acts of kindness. One of these cherry-headed conures became the subject of one of my own photos, and seemed to be a good choice to include in my Hidden Animal series.

As I did a little research, wondering how they are faring today, I discovered an article from December 2020 that reveals that many have been getting sick and unable to fare by themselves, due to eating rodenticide that is put out for mice and rats, because the poison is uncovered and sweet, tempting to a wild bird, or any creature. I wrote a poem that included this bit of information, letterpress printed it on cloth, and included it in the quilt. 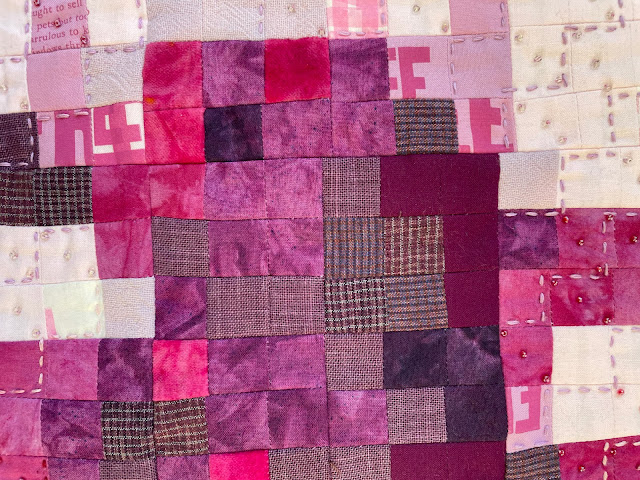 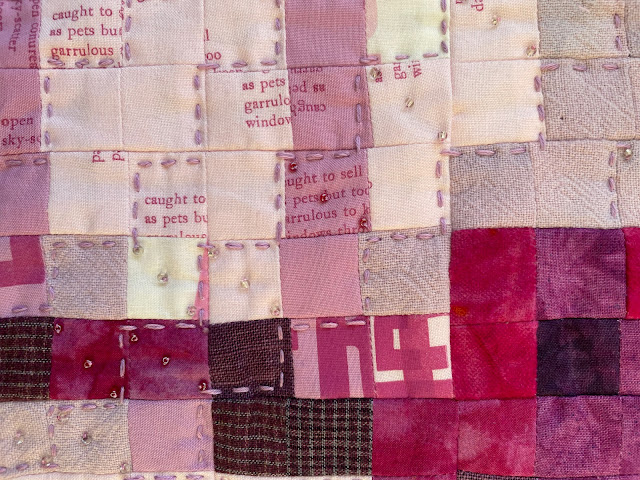 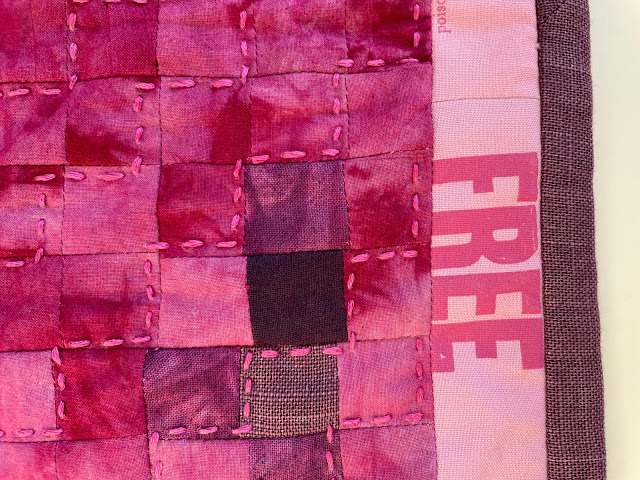